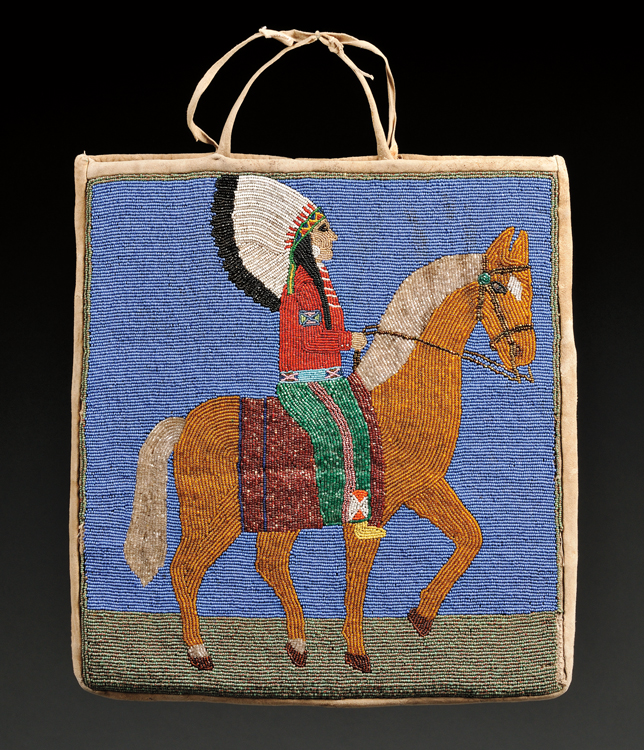 By the turn of the 20th century, pictorial beadwork had become very popular, both for the Indians’ own use, and also to meet the demand of the ever increasing tourism market. Today, these items are collected both as Indian art and folk art.

The Lakota were also famous for their pictorial beadwork from the early reservation period into the first quarter of the 20th century.

This example will be offered on May 12th during our American Indian & Ethnographic Art auction alongside a fine selection of Plains Indian beadwork, a pictographic muslin, and several fine weapons.