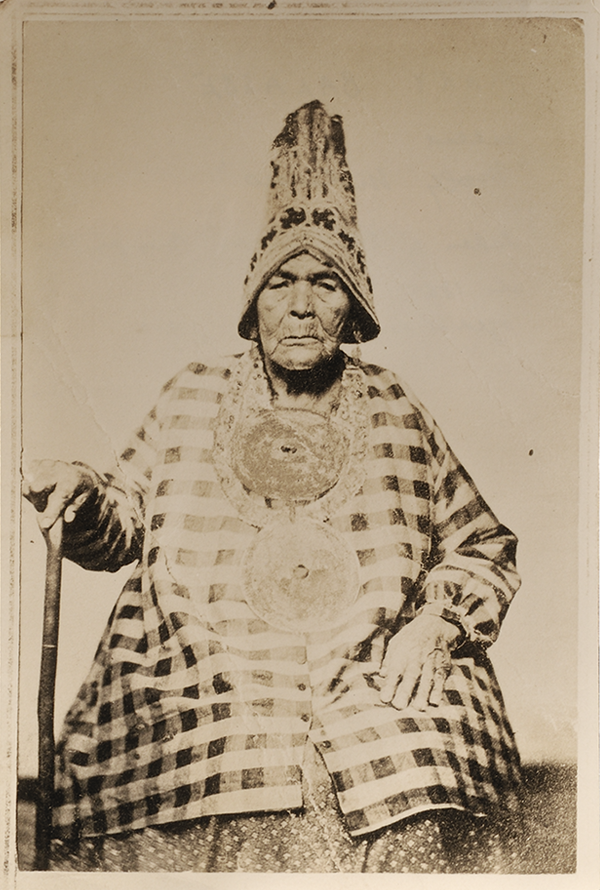 A Penobscot woman nicknamed Mary Molasses sits staring at the camera, a tall, pointed cap on her head and two large silver brooches adorning her neck. This 1860 photo is a relic of a time when the Penobscot Nation in Maine still spoke its own language and wore traditional clothing made almost entirely from European trade goods.

The photo and the cap were acquired by Dr. Frank T. Siebert, a doctor, linguist, and amateur anthropologist who spent time documenting several Native American languages before they disappeared. Only a handful of Penobscot women’s caps are in existence, and most of them are in European or British Museums; very few people in American were collecting Penobscot material at the end of the 19th century. This particular cap is one of the nicest and earliest examples.

Dr. Siebert collected American Indian artifacts mostly from friends and contacts in the villages he visited. Because of these personal connections, many items in his collection have richly detailed histories. One photo, most likely taken by Dr. Siebert himself, shows his friend, Francis Stanislaus, wearing a native tanned coat with a beautiful beaded collar and cuffs, all of which are featured in the collection. Another item, a French hatchet from 1695, was bequeathed to Dr. Siebert. The hatchet had been handed down through the generations, possibly all the way from Loron, a famous Penobscot war chief during the Anglo-French wars. 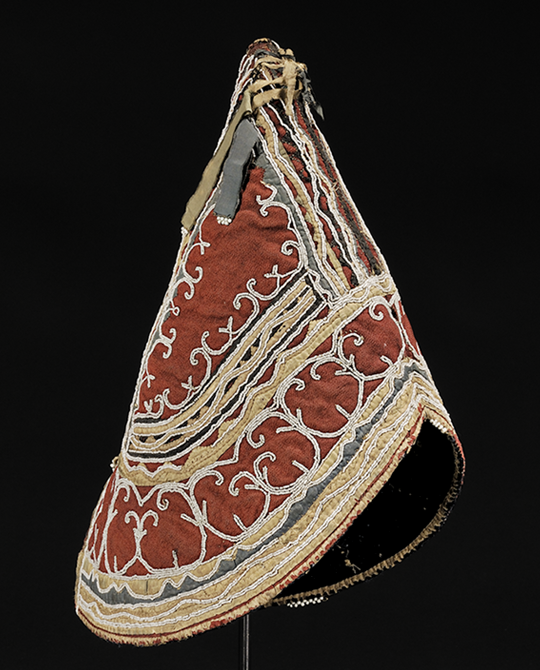 Silver hat bands were in vogue in the Penobscot nation from the early to mid 19th century. Women would wear a European-style silk top hat and would add a band of silver with cut out designs to form a hatband above the brim. European materials were used exclusively to make these traditional examples of American Indian art. Both the hat band and pointed cap are excellent examples of how the Penobscot absorbed new ideas and materials, adapting them beautifully and effectively for use in their traditional dress.

Dr. Siebert’s collection was recently exhibited at the Maine State Museum and at the Abbe museum in Bar Harbor, Maine. On September 24, 2011, the collection will be sold at auction at the Skinner American Indian & Ethnographic Art Auction.

Which style of headdress do you find most interesting? The cap or silver hat band?