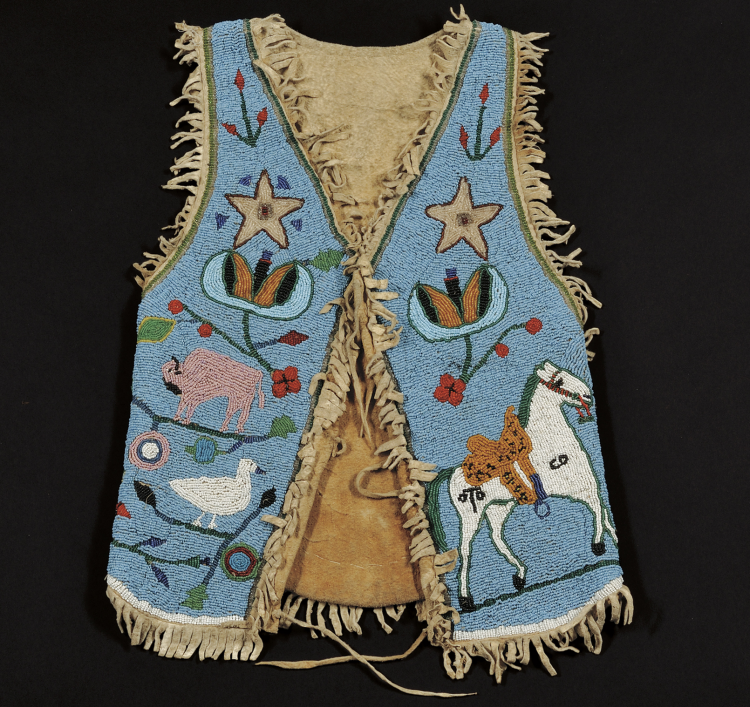 For those interested in collecting American Indian art, I hope this guide will increase your understanding of these unique and varied objects that represent our country’s cultural history.

Plains Indians embellished buffalo hide, deerskin, and cowhide with beads to create beaded clothing, moccasins, pipe bags, pouches, bow cases, knife scabbards, cradles, and children’s toys. In order to spot the best pieces, it helps to do a little bit of study online or in reference books to learn bead color. When seed beads began to replace larger pony beads by the mid 19th century, a larger variety colors became available. By the turn of the 20th century, some of the colors became brighter and appeal less to today’s collector.

2. Quillwork is often rarer than beadwork

Like beads, quill color also changed with the introduction of commercial dyes. However, early pre-reservation quillwork is scarce. When pony beads first started coming onto the plains, many tribes turned to beadwork as a replacement for quillwork, in which porcupine quills and sometimes bird quills were sewn onto hides to make embellished items such as moccasins, shirt and legging strips, bow case and quiver sets, and various pouches.

3. Reservation material can be very collectible

Many collectors of American Indian art prefer traditional, pre-1880 Plains Indian material, but items from the early reservation period (after 1880) can also be highly desirable. For example, Crow beadwork from this period had developed into a vibrant tribal style. The pictorial beadwork of the Lakota flourished after 1880.

American Indian Plains material was made for use in daily life, and collectors of pre-reservation material look for a patina as evidence of use. Too much damage, however, can significantly affect value. For beaded and quilled items, look for examples with a minimum of bead or quill loss, and little or no tearing or damage to the hide. Water damage is evident when a hide is stiff, discolored, or has areas of mold.

5. Learn a little; question a lot 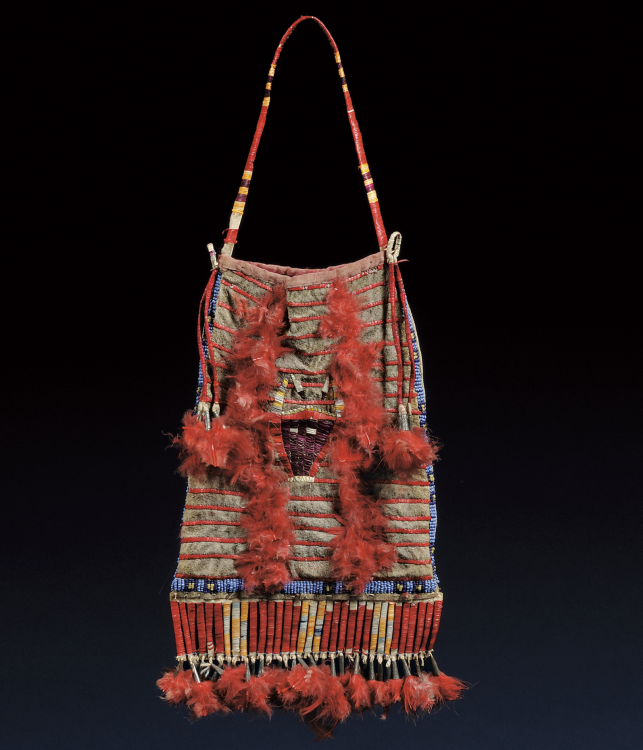 When you buy American Indian art, you’re investing in objects with significant history. Over the past 100 years, these traditional items have been copied in homage, and more recently faked for profit. Developing a discerning eye takes time. If you’re new to the collecting market, you should educate yourself. Visit museums, look at auction catalogues, attend American Indian Art auctions and auction previews, and study books on the subjects that interest you the most.

Here are two books that I recommend for further reading:

Art of the American Frontier: The Chandler-Pohrt Collection by David W. Pewney, 1992

Above all, I urge you to collect with respect and reverence for these people, their culture, and the historical objects they left us to enjoy. I wish you the best in your journey discovering American Indian art.

8 thoughts on “How to Buy American Indian Art: A Guide to Plains Material”