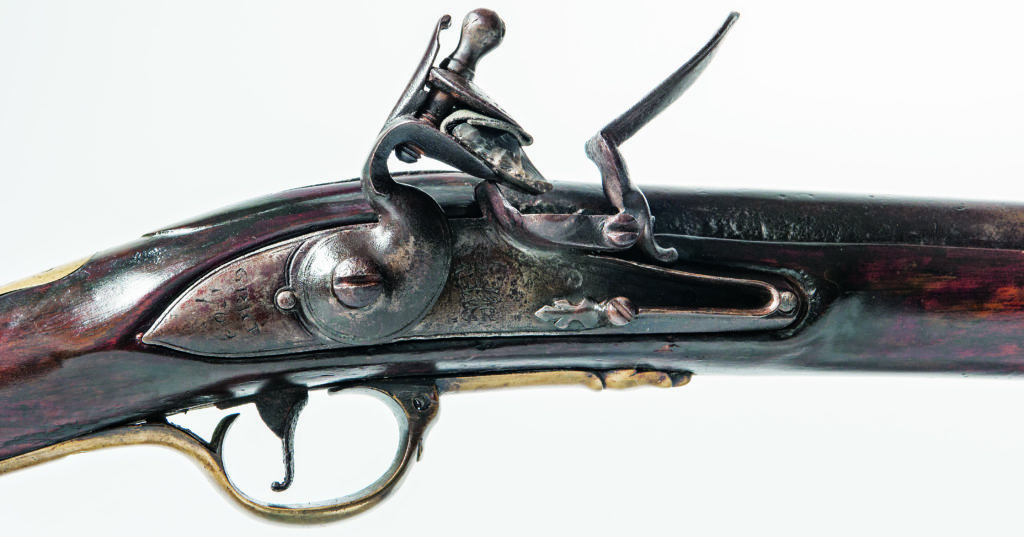 The collection includes numerous rare examples of British, French, and American military muskets with provenance to specific soldiers or regiments that played prominent roles in the American Revolution from Lexington & Concord through the conclusion of the war in the early 1780s.  One highlight is a rare British Long Land Pattern musket (lot 19, estimate: $5,000-7,00) used by the 4th or The King’s Own Regiment’s flank companies saw service at Concord on April 19, 1775. 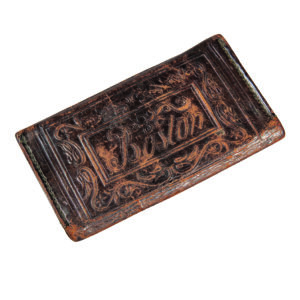 The collection features a fine offering of the iconic historical firearms of the American west including single-action army revolvers used by the military and a selection of fine lever-action rifles from the Civil War through the early 20th century.  Condition was of paramount importance to Mr. Post and the sale offers an opportunity for discriminating collectors to acquire historic pieces in unusually fine condition.

Also included is a selection of objects from the American Revolution through the early 20th century. Highlights include a block stamped Boston wallet (lot 234, estimate: $3,000-5,000) identified to Ezra Tilden, a French 1768 musket identified to the 2nd New Hampshire Regiment, as well as items from the Civil War.

Previews for the auction will be held in Marlborough on Wednesday, October 31, 12PM-5PM and Thursday, November 1, 12PM-7PM. Free and open to the public, specialists will be on hand to answer questions.  Auction catalogs may be purchased at www.skinnerinc.com or by phone at 508-970-3234.

On Wednesday, October 31 Skinner welcomes Erik Goldstein, Senior Curator of Mechanical Arts & Numismatics at the Colonial Williamsburg Foundation. Goldstein’s lecture “The Collection of Billy Ahearn” will introduce the material on auction in historical context. Reception at 5:30PM and talk at 6PM. Please RSVP.

Skinner attracts top consignments and commands record-breaking prices in the international auction marketplace. With renowned expertise and extraordinary service, Skinner is the place for buyers, sellers and the passionately curious. Skinner appraisers are familiar faces on PBS’s 16-time Emmy Award-nominated ANTIQUES ROADSHOW. Visit us in Boston, Marlborough, New York or Miami, or online at https://www.skinnerinc.com