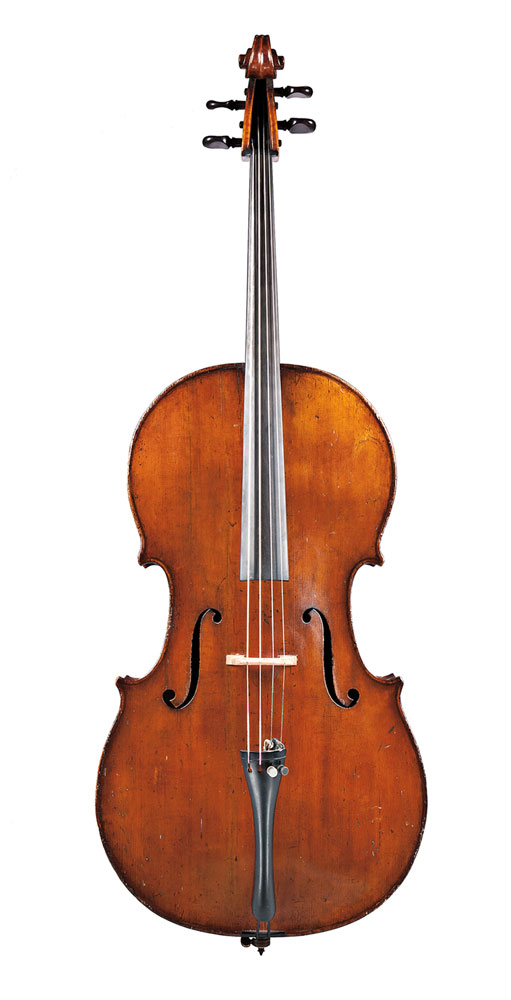 As apprentice to the renowned maker Richard Duke, John Betts (1752-1823) developed into one of England’s most respected violin dealers and experts in the 18th and early 19th centuries. His shop employed many of the best contemporary makers, including Joseph and Lockey Hill, and later Vincenzo Panormo and Bernard Simon Fendt. Betts eventually assumed the role of “Official Valuer” of violins for the London Customs Office, and as an entrepreneur, was responsible for making London a major center of the violin trade. His knowledge and expertise became the model on which the Hill family dynasty of experts and dealers based their business.

Violoncellos produced in the Betts workshop are extremely sought-after, and this example, to be offered in the Skinner Fine Musical Instruments auction on April 28th, is no exception. The cello bears a label with a completion date of 1783; however, the accompanying Hill Certificate from 1936 dates it closer to 1790. It is also interesting that the employment of Vincenzo Panormo began around the year 1791. Bernard Simon Fendt did not arrive in London until 1798, so the evidence of style and working dates seems to point to Panormo as the maker of this cello. Could Betts have been so busy becoming the great entrepreneur and expert that he back-dated the label to promote his own virtuosity?

Panormo was already a highly respected maker at the time he began working for Betts, having honed his craft in Italy, Paris, Marseilles, and Dublin. Panormo’s influence was largely responsible for shifting the taste of English makers and players to the Cremonese style. Until Panormo’s arrival, makers in the Betts workshop had been quite loyal to the Stainer model. Betts encouraged to Panormo to build cellos with lower, fuller arching and outlines which closely follow the Stradivari models. The model of this cello, as noted by the Hill certificate, is that of Stradivarius. It possesses a striking back and highly flamed ribs, and is finished with a rich, golden-brown varnish.

If you’re a cellist in the Boston area, you are welcome to visit the Skinner Musical Instrument previews on April 26th through April 28th to play this marvelous instrument.

John Dilworth, The Bromptons Book of Violin and Bow Makers