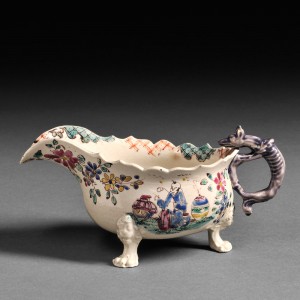 Harry Root was a collector of 18th century English pottery. For over forty years he assembled his collection with a keen eye and unmatched enthusiasm.

His story begins when he moved into his home. Back in 1972 while house hunting in a northern Chicago suburb, Harry saw an advertisement for a house that met his requirements and asked a real estate agent to arrange a showing. He arrived on time for a four o’clock appointment and didn’t leave until after nine-thirty in the evening. What kept him there so long was not the house itself – in fact he realized after leaving that he didn’t even see the entire house. What held his interest was the owner’s collection of 18th century English earthenwares.

Harry had previously collected cow creamers from the same period as he was part owner of a dairy. But the quality and variety of wares in the house totally captivated him. Harry bought the house and tried in vain to impress the owners into selling some of their pieces before their move into smaller quarters. Although he didn’t manage to buy anything, he did find a gift waiting for him on the mantel in the living room when he started moving in with his furnishings.

It was a large tortoiseshell decorated creamware platter, a bottle of scotch whiskey with two glasses, and a note welcoming him to his new home and to the world of “Whieldon.” Needless to say, he was hooked. From that moment on he focused his collecting on English pottery from the 18th century. 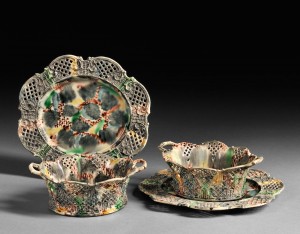 Thomas Whieldon’s name has become synonymous with 18th century English pottery, although in truth there were many potters in Staffordshire, Yorkshire, and Derbyshire that manufactured similar wares. In many cases the wares are so similar that it’s difficult to attribute pieces to a specific potter. Up until about twenty years ago it was quite normal to refer to the majority of these pieces as Whieldon-type wares.

Since then, excavations and research have revealed a plethora of names associated with these wares including Wedgwood, Greatbatch, Astbury, Booth, the Elers brothers and Dwight of Fulham. Harry Root’s collection tried to capture the breadth and variety of wares produced throughout 18th century England — from early red stoneware tea wares manufactured in imitation of the Chinese Yixing wares to a white salt-glazed stoneware.

Red stoneware was first introduced in England by the Elers brothers in the late 17th century, and came to an end at about 1700. Not until the middle of the 18th century was it again produced by the English potters, often in forms resembling silver and pewter. Salt-glaze was England’s first attempt to compete against the profitable Chinese export porcelain market. The addition of salt in the firing process gives the surface of these wares an almost orange peel texture. The range of decoration spanned from slip casting and press molding to lathe-finished thrown wares. Enameling, transfer-printing, gilding and scratch blue were other common forms of decoration. 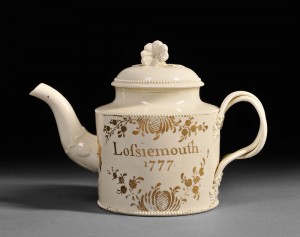 Cream-colored earthenwares, often considered England’s greatest contribution to the history of ceramics, make up a large part of the Root Collection, adding vibrant splashes of colors, often in mottled patterns resembling tortoiseshell. Overglaze enamel decoration was also much in evidence, as was black glazed and green glazed wares, agate wares, and even wares resembling pineapples and melons.

Watch Harry Root give a tour of his collection in these two videos. 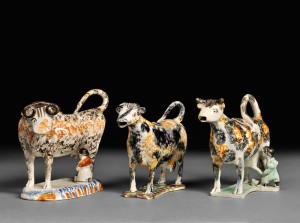 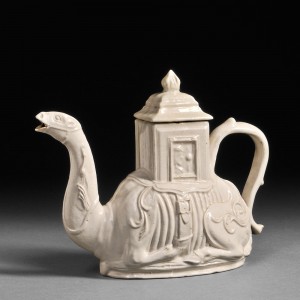 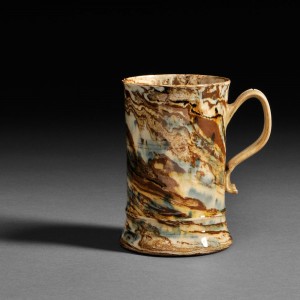 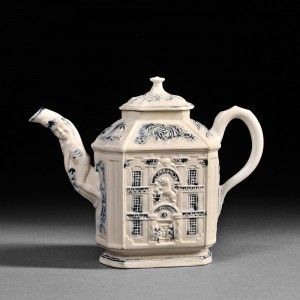 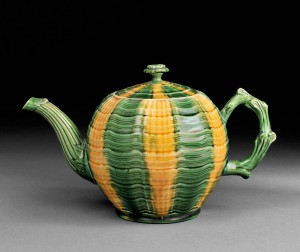