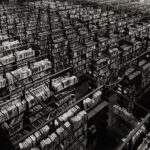 Abe Morell is an artist driven by inquisitiveness and appears to have an endless source of creative energy. A local to the Boston arts scene with worldwide prestige, Morell is also a longtime educator who has influenced a generation of practicing photographers.

Morell’s photographs are often visually perplexing, from interiors illuminated with the exterior view projected upon them, to visual reexaminations of everyday objects.… Read More 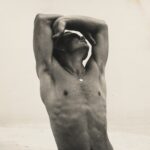 A prominent figure within fashion photography in the 1930s, Lynes created stylized photographs for high-profile publications including Vogue and Harper’s Bazaar.… Read More