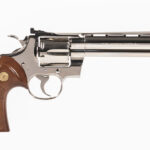 To my family and friends, it’s no secret that I’m a lifelong fan of Ian Fleming’s James Bond novels and the films that followed. I spent many late nights in college riveted to Fleming’s prose when I should have been asleep, and I’ve seen the movies more times than I can count. While Fleming died long before I was born, I have met people who knew the writer. I have shaken hands with people who shook the hand of Ian Fleming!

As Director of Skinner’s Historic Arms & Militaria department, I am fortunate to be able to work with wonderful historic material.… Read More 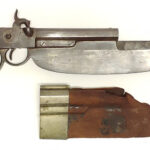 In the world of military firearms firsts, few guns are as visually unique as the Elgin Patent Cutlass Pistol. The roots of the pistol’s design extend back into the 17th century when a handful of English and European gun makers made and marketed to the public and commercial enterprises swords that incorporated flintlock pistols in their hilts, and blunderbusses and pistols with folding bayonets or daggers attached to their muzzles. Weapons of this type survive in notable numbers, showing that they enjoyed some popularity.… Read More 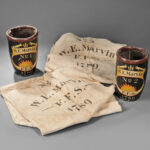 Fire buckets have been popular with collectors and owners of period homes for a long time. They represent a time long before most towns had established and well-equipped fire departments ready to respond at a moment’s notice to a house or shop fire, when people relied on their neighbors to come to their aid. The risk for catastrophe from fire was great. A single stand-alone house could be consumed in minutes. In towns, fire in densely populated neighborhoods could quickly result in the destruction of dozens of buildings.… Read More 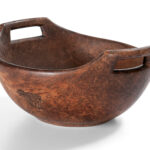 Skinner’s November 2 and 3 American Furniture and Decorative Arts auction is alive with color, great surfaces, in interesting history.  Carefully collected by William McKeever, Pamela and Brian Ehrlich, Tom and Carolyn Porter, Pamela Boynton, and August (Gus) Knapp, the auction offers a rare opportunity to acquire special objects that have seldom been seen before. 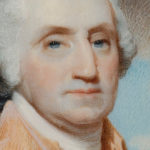 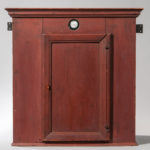 A legacy of beauty, ingenuity, and craftsmanship in Skinner’s August Americana auctions 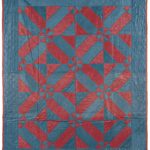 Skinner is pleased to offer selections from the Tom and Adelle Hersh Collection of Mennonite Quilts from Waterloo County, Ontario. It is a collection that Canadian quilt historian, Carol Telfer, describes as “an important piece of western Ontario textile history.”  Most of the collection was assembled in the 1980’s, an era when many families were moving from the country to the city. As they collected, the Hershes were careful to record the provenance for each quilt when it was available and many can be traced to specific towns and families.… Read More 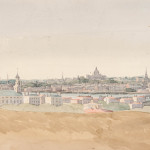 At Skinner we are privileged to be able to offer extraordinary items in all categories of antiques and fine art. Items of great historical importance are also regularly consigned for auction. Sometimes the objects are well known; often they are not or have not been seen for generations. The November 19 American Furniture & Decorative Arts auction features a beautiful watercolor panoramic view of the Town of Boston (Lot 2) that has been lovingly housed in a private collection since World War II.… Read More 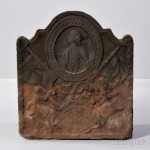 For centuries cast iron firebacks have decorated the insides of fireplaces and typically, served two primary functions. Firstly, they protected the wall at the back of a fireplace from the excessive heat of the hearth’s fire. This was particularly important in chimneys constructed of daub (a mixture of clay and straw over woven sticks or branches). The secondary function of a fireback is to radiate heat from the fireplace into the room.… Read More 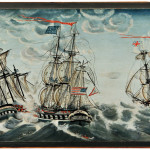