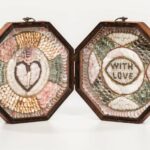 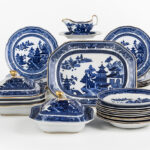 The universality, profound and lasting appeal, and decorative versatility of “blue & white” ceramics is undeniable. Through centuries and across continents, blue-decorated white- or off-white-bodied ceramics are nearly ubiquitous. This is due to a combination of reasons: available materials, certain production efficiencies, and, of course, the enduring popularity of the color combination.

Generally, antique ceramics derive from local clay and materials—many of which are light in color—from bright white to dull gray.… Read More 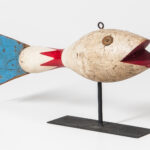 Folk art can appeal in different and often unexpected ways, and I think that surprise element is what draws me to it most. That we don’t often know a lot about its imaginative makers adds to the intrigue.

A 20th century figure of a fish made from a bowling pin is a great example of the unexpected nature of folk art. The pin, which has clearly been used, shows the wear from the heavy contact it received from bowling balls over its years in its first life, has been altered to look like a fish, in much the way that a 19th century folk artist saw a tree root and fashioned a snake.… Read More 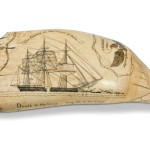 In a biographical note that appears in the Frederick Myrick of Nantucket Scrimshaw Catalogue Raisonne (Kendall Whaling Museum, Sharon, Massachusetts, 2000), in which this tooth is pictured, Stuart Frank writes that Frederick Myrick is “undoubtedly the most famous scrimshaw artist…[and his] work will likely always remain a cornerstone of any scrimshaw collection.… Read More 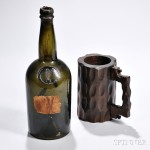 “This collection of nautical antiques represents the contributions of eight generations of my family’s history. My ancestors came to Jamestown, Virginia, in the 17th century, and later settled in Isle of Wight County. From the beginning they were involved in the nautical trades.… Read More 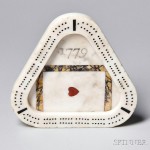 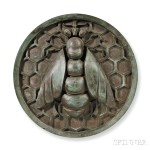 Savvy buyers of Americana have long known that it’s easy to buy an antique cutlery tray to creatively house their remote controls. They also know they can use a sewing stand or work table as a night stand, or a card table in the front hall to throw their keys on when they come in the door. Polychrome-decorated game boards have been steady sellers because collectors know they provide a pseudo-modern pop of color, sometimes for a bargain price.… Read More 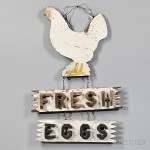 There are few objects that get attention at a Skinner Americana auction the way that antique and vintage trade signs do, and they’re one of my favorite categories we sell. These signs, often painted on wood or tin, were generally used to advertise businesses, identify work that went on in a particular building, or demonstrate what was for sale at a given establishment. Many signs are carefully crafted by hand, lettered in gilt or colorful paint on contrasting backgrounds, sometimes incorporating pictorial elements or elaborate decorative flourishes.… Read More 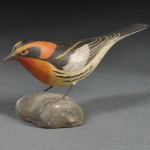 For amateur naturalists and birders, like my wife and I, one of the most appealing categories of items we sell in Skinner’s American Furniture & Decorative Arts Department is carved birds. The carvings, often painted, come in all types – from “working” decoys by master decoy carvers of the first half of the 20th century like the Ward Brothers of Crisfield, Maryland; to decorative mantle-carvings popularized by the most well-known decoy carver of all, A.… Read More 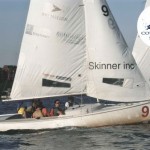 During bright and sunny spring and summer days, most of us can’t wait to get outside at the end of a workday. One thing that makes my weekends last just a little longer through May and June is the Corporate Challenge Regatta. For the past 5 or 6 years, Skinner has taken part in this event hosted by Courageous Sailing in Charlestown, Massachusetts.

Courageous Sailing is a non-profit organization that aims to use sailing to build character and camaraderie among Boston children from all economic and ethnic backgrounds.… Read More