Skinner expert appraisers and auctioneers discuss antiques, fine art, and collectibles. Keep up on market trends and get collecting tips from antiques experts. Discover the stories behind the art and antiques Skinner offers at auction.

Georg Jensen, the greatest silversmith of the 20th century, valued tradition yet always remained open to innovation. He also had a rare ability to recognize and foster talent in others. This generosity of spirit still guides the Georg Jensen Company and has been a major factor in its continuing success.

Jensen deeply believed in the importance of the collaborative process, one of the basic precepts of the Arts & Crafts movement in which his work was rooted. He even took the unusual step of permitting other designers to use their own distinctive marks on their work for Georg Jensen. This practice of giving credit where credit is due continues to the present.

In the company’s 117 years, more than 90 designers have contributed to the evolution of Jensen style. Among the most important contributors:

Jensen’s first collaborator and life-long friend, Rohde worked with the firm for years. His restrained, elegant “Acorn” flatware pattern, created in 1915, is one of the world’s best-known silver designs. Eighty different pieces are still produced today.

Some Rohde designs were far in advance of their time. His iconic pitcher #432 was designed in 1920 but wasn’t produced until 1925. Still a top seller, it’s been called the single greatest silver design of the 20th century.

Georg Jensen’s near contemporary and brother-in-law, Nielsen moved beyond Jensen’s signature naturalistic designs with their sinuous rounded leaves, blossoms and fruits to a more stylized look.

Nielsen’s restrained decoration and pared-down Functionalist esthetic made him a favorite designer in the 1930s. Like so many other Jensen designers, his work seems timeless. Nielsen remained active in the firm until the 1960s.

Albertus started his 40-year career at the Georg Jensen Silversmithy when Jensen himself was still active. As well as being responsible for quality control, Albertus designed the popular “Cactus” pattern (1930) and the first Jensen stainless steel flatware in 1941.

His simplified floral decoration was a transition from Jensen’s early more ornamented patterns to the abstract Modernism of post-World War II.

Georg Jensen stepped away from day-to-involvement in the Silversmithy in 1919. His philosophy of affordable, functional beauty expressed in metal continued to guide the output of a growing international business. Several generations of designers have continued to carry forward Jensen’s vision of elegance in design coupled with excellence in craftsmanship.

In 1930, Sigvard Bernadotte, a son of the King of Sweden, attended the Stockholm Exhibition and was immediately convinced to become a designer. Bernadotte spent the next 15 years designing 150 pieces of hollow ware, and many unique presentation pieces, for Jensen, designs that perfectly captured the sophisticated Functionalist aesthetic of the years between the wars.

Bernadotte carried forward Jensen’s mission to create beautiful objects for the home that could be afforded and enjoyed by many. Departing from Jensen’s own more nature-based realistic designs, Bernadotte was a pioneer of Swedish Modern style. He brought to Jensen an emphasis on restrained linear designs featuring engraved line and fluting. The “Bernadotte” flatware he designed in 1939 is still produced and widely admired.

Trained as an artist and sculptor, Koppel started at Georg Jensen in the 1940s. He designed some of the company’s most renowned pieces. Koppel never worked in silver himself; he rendered his designs in plaster and turned them over to the silversmiths to be made in metal.

Henning Koppel was lauded for creating elegant “functional sculpture,” notably his extraordinary abstract pitchers and platters. These sleek designs, devoid of ornamentation set the tone for the modern 1950s and 60s postwar era.

The Georg Jensen Company has managed to balance continuity and renewal, remaining in the forefront of contemporary silver design for over 100 years. Some who have carried forward the Jensen tradition in more recent years:

Danish-born Ditzel, like many other notable Jensen designers and like Jensen himself, did distinguished work in other fields as well as silversmithing. She was an award-winning furniture designer before she turned to jewelry in the 1950s.

Ditzel’s designs were bold and architectural. In a departure from Jensen’s signature metal, silver, several Ditzel creations were also produced in 18 karat gold.

Georg Jensen’s fifth child, Søren like his father studied sculpture at the Royal Danish Academy. In 1949 the young man became a designer at the Georg Jensen Company and was its artistic director from 1962 to 1974.

He contributed a series of notable hollowware pieces as well as some jewelry.

Søren Jensen’s work was inspired by the Functionalist movement, which emphasized linearity and freedom from ornament. He incorporated abstract geometrical shapes in his designs, stressing clarity and balance.

Astrid Fog was a fashion designer who started creating jewelry to complement her clothes. She designed her first jewelry collection for Georg Jensen in 1969. The most successful of her 1970s silver spiral pieces for Jensen was a simple, large heart pendant on a chain.

Her Modernist sensibilities were displayed in basic geometric shapes: circles, squares, and rectangles. Fog’s jewelry is notable for its unconventional bold hollow forms.

Known simply as Torun, she was one of Sweden’s leading 20th century designers and soon became internationally noted. Her “anti-status” jewelry designs, featuring silver wire and non-precious stones, were already well known when she began to design exclusively for Georg Jensen in 1969.

The Georg Jensen Company remains the design leader in silver. The continuing admiration and loyalty of both clients and designers for more than a century is proof of Jensen’s creative spirit and his success in attracting and encouraging the creativity of others.

Skinner is pleased to be able to offer a wide variety of work from the Jensen dynasty in a number of sales categories, including silver, jewelry, and 20th century design. You will find opportunities to acquire examples of the most iconic designs of the last 100-plus years at www.skinnerinc.com. 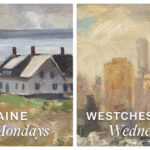 We invite you to join us online for regional consignment days in Maine and Westchester, New York. Skinner specialists look forward to evaluating items via email, and beginning the conversation about the advantages of selling at auction. 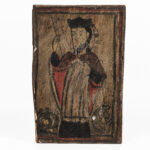 Many of the world’s most treasured creations—paintings, sculptures, buildings, music— are examples of religious art. From the Parthenon to Michelangelo’s pietà, the buddhas of Asia to the medieval altarpieces of Europe, ancient cave paintings to Raphael’s madonnas, religious faith has motivated artistic expression. 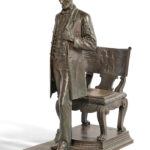 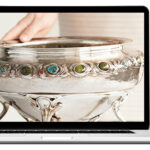 Join us for First Tuesday online!

See what hidden treasures our experts may be able to reveal

We invite you to join us online for our Virtual First Tuesday on January 4th. Submit your items anytime by the 4th and Skinner specialists from all departments will be on hand on Tuesday to evaluate items and respond by email. 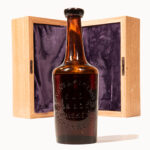 Here at Skinner, we thought today would be a great opportunity to share some of our top blog posts from the past year. In no particular order, these are 10 of our most viewed blog posts. We look forward to creating and sharing more great content with you in 2022. Happy New Year!

Old Ingledew Whiskey: Currently Believed to be the Oldest Known Whiskey in Existence 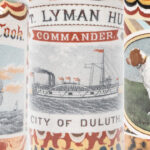 Three Andrew Clemens sand bottles brought in nearly 1.8 million dollars at auction, an example of the rapidly growing market for his work

MARLBOROUGH, MA — Skinner is delighted to announce the recent sale of three Andrew Clemens sand bottles at the recent Americana auction that took place from Nov. 15 to 22, 2022. Together, the three bottles brought nearly 1.8 million dollars, a record for sand bottles sold at a single sale. The market for the work of Andrew Clemens has grown quickly and substantially over the last several years, and the most recent sale at Skinner firmly establishes a new threshold of value for these remarkable pieces.

Steve Fletcher, Director of American Furniture and Decorative Arts at Skinner said, “Knowledge of this art form was not common among most collectors until the last two decades.… Read More

We invite you to join us online for regional consignment days in Maine and Westchester, New York. Skinner specialists look forward to evaluating items via email, and beginning the conversation about the advantages of selling at auction. 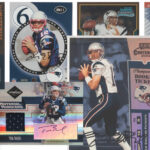 MARLBOROUGH, MA — Skinner Auctioneers will host an online auction of Sports Memorabilia, from December 7-15 , 2021. The highlights of the sale include numerous rare sports cards from the longtime collection of a passionate Boston sports fan, who celebrates the elite players in baseball, football, basketball and hockey. 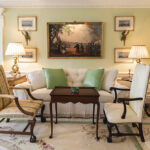 MARLBOROUGH, MA — Skinner Auctioneers’ sale of The Beacon Hill Collection of John and Marilyn Keane attracted interest from passionate bidders from across the United States and around the world. The sale was held live on Friday, November 19, at Skinner’s Marlborough gallery, and was highlighted by masterpieces of 18th and early 19th century furniture, as well as a collection of 19th century paintings related to the China Trade.… Read More