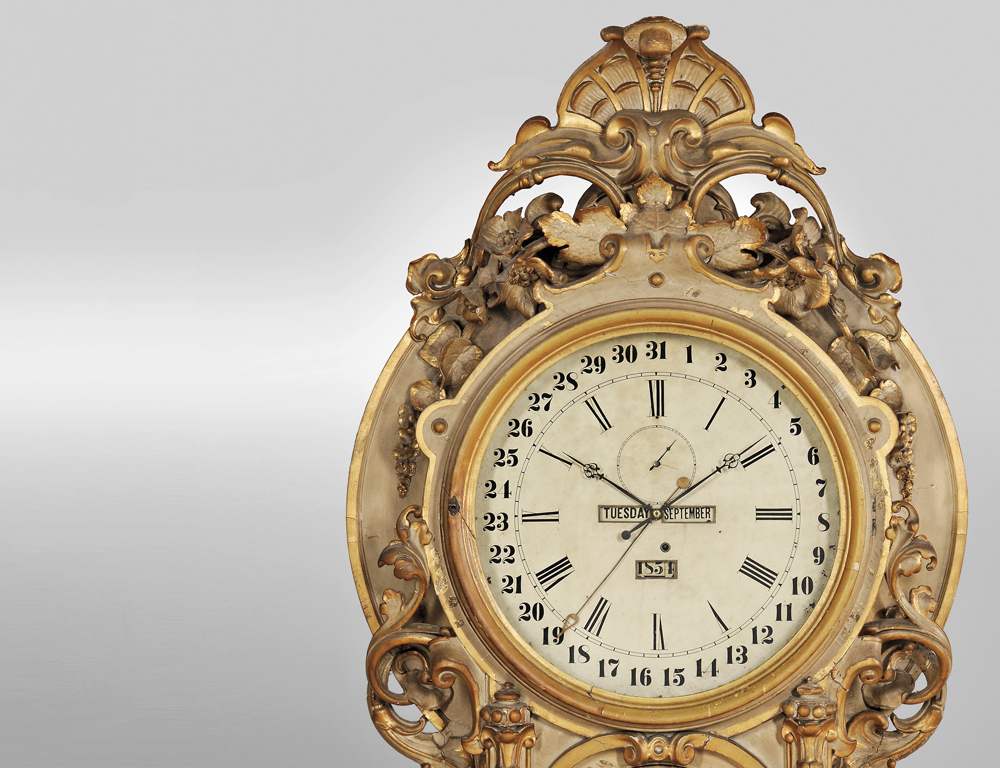 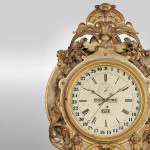 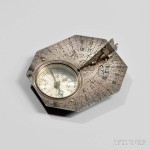 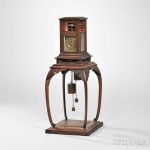 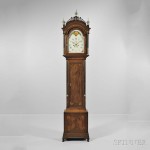 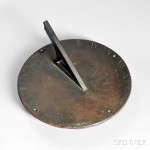 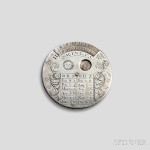 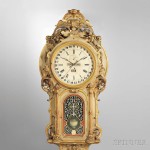 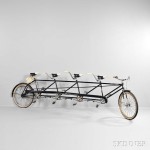 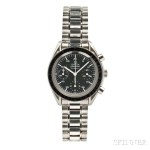 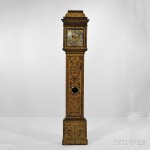 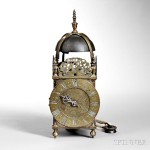 The October Clocks, Watches & Scientific Instruments auction holds a variety of treasures for horological collectors. Highlights include a large group of early clocks from “the golden age of horology”, a c. 1700 seaweed marquetry long case clock by master London clockmaker Michael Knight, a monumental carved and gilded perpetual calendar wall clock previously in the lobby of the Grand Union Hotel, and an array of Japanese clocks and watches from the early 19th century. Other highlights include a four person tandem bicycle made for the 1964 World’s Fair, and an Omega Speedmaster chronograph the type exclusively used by NASA.