Bacchante and Infant Faun
Incised "F. Macmonnies/1890" in the top of the bronze base, inscribed "ROMAN BRONZE WORKS N-Y-" on the rim of the bronze base.
Bronze with brown/gold patina, height 16 in. (40.5 cm) including the bronze base.
Condition: Oxidation and dust/dirt to the interstices, tiny abrasion to the faun's back.

N.B. Commissioned by Charles Follen McKim, the original bronze Bacchante and Infant Faun measured 84 inches high. He was a partner in the architectural firm McKim, Mead & White, which designed the Boston Public Library's Central Library in Copley Square. He donated his cast for display in the library's courtyard, but Bostonians were shocked at the sight of a dancing, frolicking, drunken nude, and the work was soon removed. Nearly a century later another cast was placed in the courtyard as originally intended.

Half-size 34-inch casts and smaller 16-inch casts were subsequently made by French and American foundries and were sold by Durand-Ruel in Paris and New York and by Theodore B. Starr and Tiffany and Company in New York.
Estimate $3,500-5,500 Pinckney Marcius-Simons (American, 1867-1909) Parsifal and the Knights of the Holy Grail... 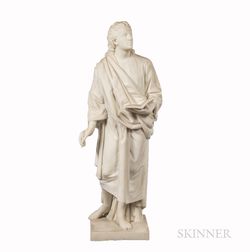 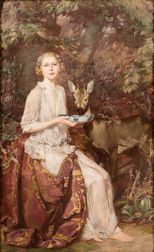 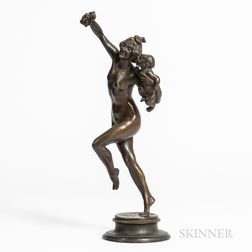 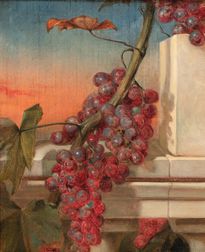 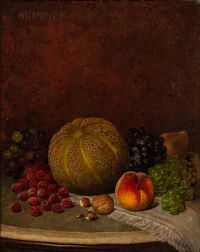 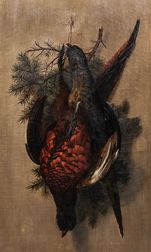 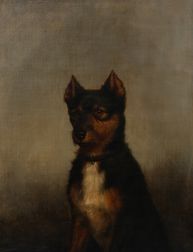