British Pattern 1776 Royal Forester's Light Dragoon Carbine, c. 1776-80, 28 1/16 in., .72 caliber round barrel with ring decoration at the breech and Tower ordnance proof marks on the top of the barrel secured to the stock by three flat iron keys, double bridle flat lock, lock plate and cock with double line border engraving, pointed lock plate tail engraed "TOWER," engraved with a crown over "GR" below the pan, walnut stock with subtle teardrop decoration behind lock mortice and side plate plateau, carved plateau around the breech plug tang, right side of the but with a 1786 dated storekeeper's mark, crown inpector's mark behind the trigger guard, a diamond shaped mark stamped behind the side plate, rammer channel with "VX" assembly number in front of upper rammer pipe, two crown over "10" and one crown over "2" inspector's marks between the first and second rammer pipes; brass furniture proper for the pattern including a butt plate with stepped tang engraved "41st REGT No, 62," trigger guard with acorn finial, flat side plate with pointed tail securing a steel sling bar, three rammer pipes including a long trumpeted first pipe, and a cast notched nose cap to secure the steel rammer with swell and groove, button head and threaded base and possible trace of an inspector's mark below the head, overall lg. 43 3/8 in.

The butt plate of this example has engraving indicating its use by the 41st Regiment of Foot at a later date. A light company of the regiment was raised in 1802 and it is possible that this arm saw use in that company. An inspection return made when the regiment was at Montreal dated October 1809 describes the regiment's arms as "old, of various lengths, and much worn."
Estimate $7,000-9,000

Iron toned to a deep brown, the barrel has moderate pitting at the breech; the steel is a replacement; stock has scattered dings and dents, old wood loss along the right side of the breech plug tang, tight short cracks at the back of the lock mortice and breech to rear side nail areas, and a few old repaired cracks in the forestock; brass is toned to a dark yellow. 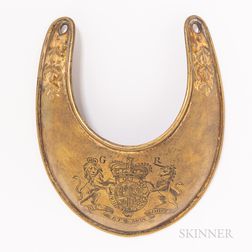 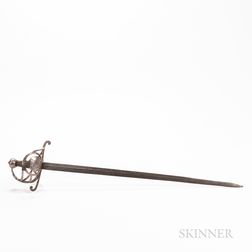 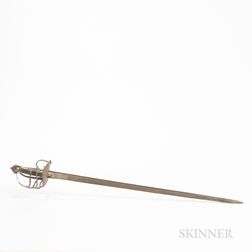 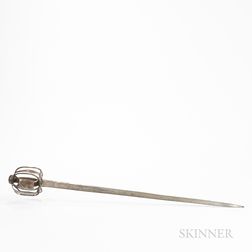 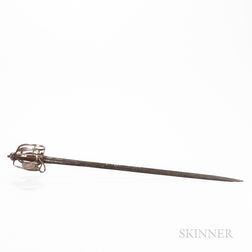 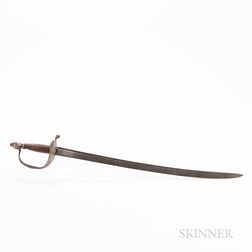 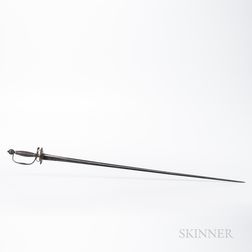