2018 Panini XR Lamar Jackson Ravens Triple Patch Rookie #172 Card, Emerald #2 of 3, PSA EX-MT 6, Autograph 10, Cert 63572545. This scarce card (only 3 produced),features three game used jersey swatches for Jackson, worn in his successful rookie season. Releving and injured Joe Flacco, in the seven regular season games in which Jackson had started, the Ravens went 6–1 to close out the 2018 season. Overall, he finished the season with 1,201 passing yards, six passing touchdowns, and three interceptions. In addition, he led all quarterbacks with 695 rushing yards and added five rushing touchdowns. Jackson's play was so great that the Ravens traded Flacco after the 2018 season.
Estimate $1,000-1,500 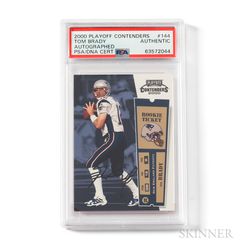 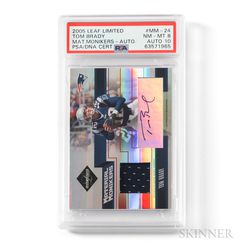 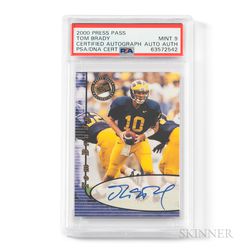 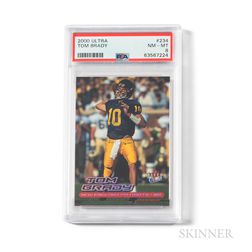