Sand Picture in a Bottle "Capt. LYMAN HUNT, COMMANDER, CITY OF DULUTH," Andrew Clemens, McGregor, Iowa, late 19th century, multicolored sand arranged in a glass bottle, one side of the bottle depicting the paddlewheel steamer City of Duluth, the other side with an urn of flowers, with wavy line, abstract, and geometric bands, ht. 8 3/4 in.

Provenance: Descended in the family from Lyman Hunt, for whom the bottle was made.

Note: The Steamship City of Duluth was part of the fleet of the Lake Michigan and Lake Superior Transportation Company of Chicago, and was founded in 1874. Captain Lyman Hunt, born in Lansingburgh, New York, in 1848, was the youngest of ten children of Isaac and Sophia Hunt. He had early interest in all things nautical, securing a patent for a ship steering mechanism in 1873, at the age of 25. He took command of the City of Duluth in 1880-81, and was its commander until at least 1888.

Andrew Clemens was born in Dubuque, Iowa, in 1857. At the age of five he became deaf and mute after an illness. He earned his livelihood by painstakingly arranging colored sand to make pictures in glass bottles. The sand came from the naturally colored sandstone in the Pictured Rocks area of Iowa. He worked in McGregor, Iowa, and for a short time he made the pictures and exhibited his work at a South State dime museum in Chicago, Illinois.
Estimate $50,000-75,000 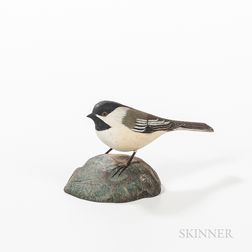 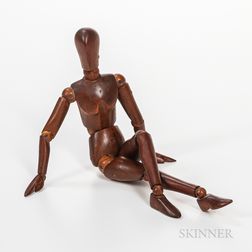 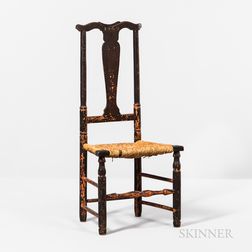 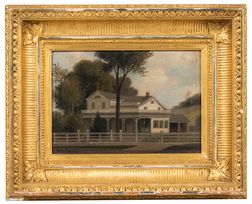 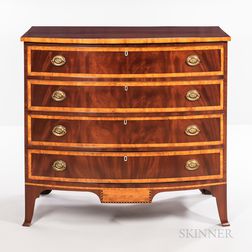