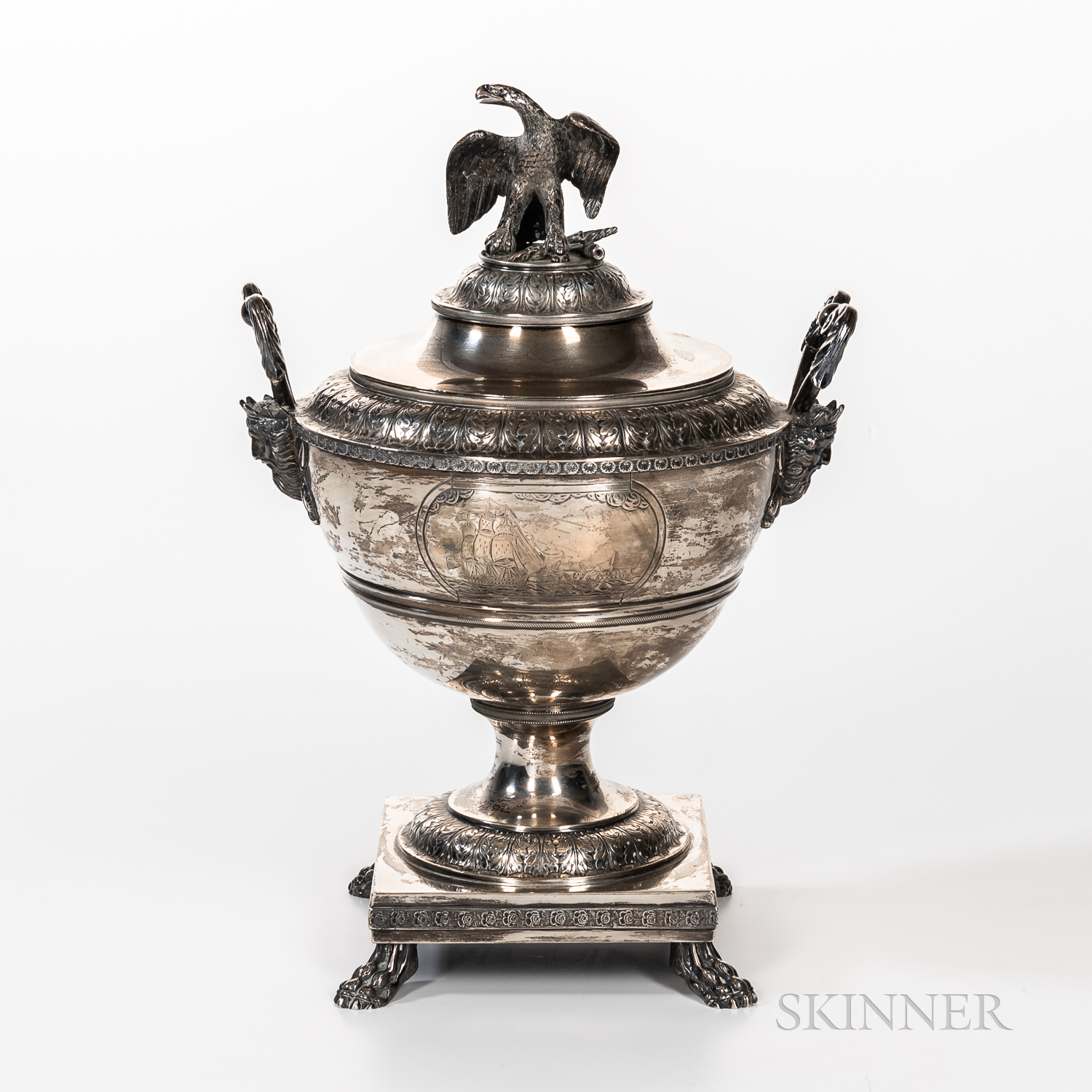 Sterling Silver Covered Urn Commemorating Commodore Bainbridge and the USS Constitution's Capture of the Java on December 29, 1812, Tiffany & Co., Makers, c. 1883, after Fletcher and Gardiner, Philadelphia, urn form with two foliate handles connecting to Poseidon masks, one side engraved with a scene depicting the naval engagement, the other engraved "Presented by the Citizens of Philadelphia to Commodore Wm. Bainbridge, of the U.S. Frigate Constitution, as a testimonial of the high sense they entertain of his skill and gallantry in the capture of the British frigate Java of 49 guns, and 500 men, and of their admiration of his generous and magnamimous conduct toward the vanquished foe." and "Loss in the action of the 29 December 1812 Constitution 9 killed, 25 wounded - Java 60 killed, 101 wounded," the cup with a narrow waist terminating in a square base with acanthus leaf decoration and hairy paw feet, the urn's lid with a spreadwing eagle finial above a cannon and cannon shot, acanthus leaf base, ht. 15 3/4, wd. 11 1/8 in., approx. 114.8 troy oz.

Provenance: This replica cup was owned by Captain John S. Barnes who left it to his son, James Barnes. According to the wishes of James Barnes, the famiy relics in his possession at the time of his death were distributed among his nieces and nephews, the children of his sister, Mrs. S. Warran Sturgis (Edith Barnes). In this division, the replica of the silver urn was chosen by Warren Sturgis Jr. and later bequethed to the consignor.

Note: John Sanford Barnes was born at West Point, New York in 1836. He attended the U.S. Naval Academy at Annapolis. After serving in the navy for eight years he resigned his commission in 1858 to attend Albany Law School and began practicing law in 1861. During the Civil War he returned to naval service. In 1863 he married Susan Bainbridge Hayes, granddaughter of Commodore William Bainbridge. After the war he began collecting naval material connected to the American Revolution and War of 1812 and served as the first President of the Naval History Society. He died in 1911.
Estimate $15,000-25,000 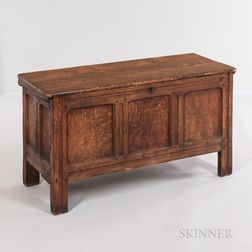 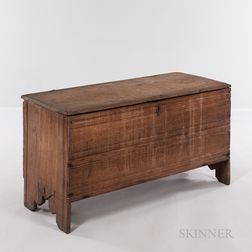 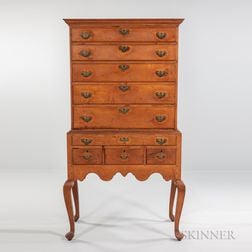 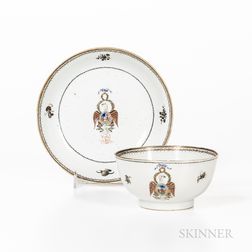 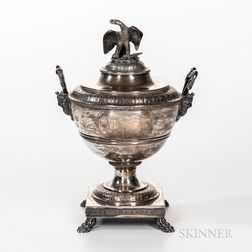 Watercolor on Paper "Address to the Sons of Temperance,"