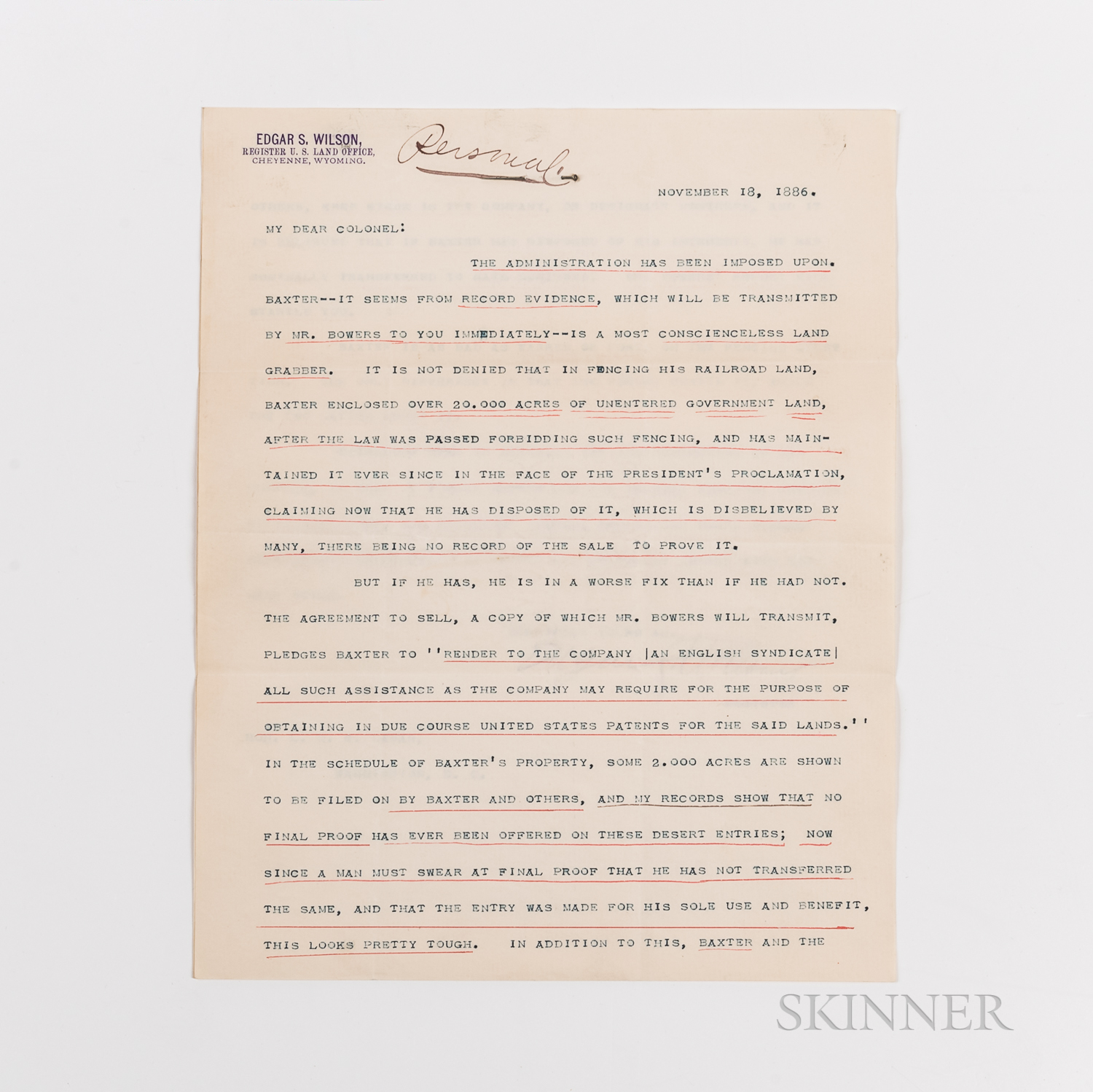 Note: The film Open Range was loosely based on the controversy surrounding the alleged illegal fencing activities of George W. Baxter.
Estimate $2,000-3,000