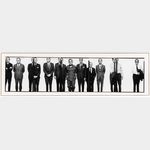 Provenance: Acquired from the Marlborough Gallery by the current owner.

N.B. Taken after the success of The Chicago Seven, Richard Avedon continued to push the boundaries of photography and reimagine group portraiture through the production of frieze-like panoramas. Avedon's work from the 1960s and 70s teems with political and social dichotomies. His panoramic portraits capture a fractured America; from the radical anti-war protestors (charged with intent to incite a riot at the 1968 Democratic National Convention) to the military and government administrators of the Vietnam War.

In The Mission Council, Avedon reflects on the U.S. officials' place in history as he pits the group against a stark white backdrop. Arranged in a pseudo police lineup, the work elicits scrutiny as the council faces front in vivid relief from their surroundings, or lack thereof. Avedon's use of an 8 x 10 Deardorff allowed him to step out from behind the camera and better connect with his subjects, contributing to the ever-present directness of his photography style. This confrontational shot exists in both mural and small-scale size, with the reduced format creating a work of unique intensity and a more intimate atmosphere for reflection.

Framed dimensions: 12 1/4 x 42 1/4 in. Scattered minute loose particles from frame and mount affixed to the surface, scattered pale soiling to the reverse, linen tape to the verso near the upper edge. 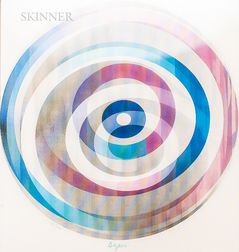 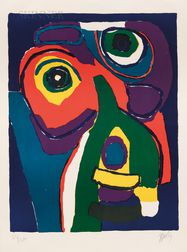 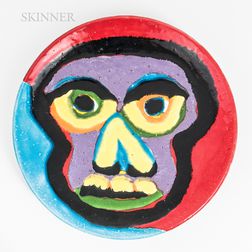 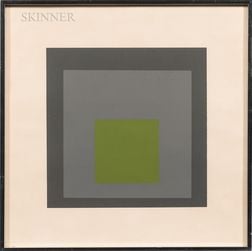 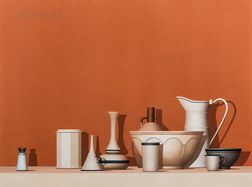