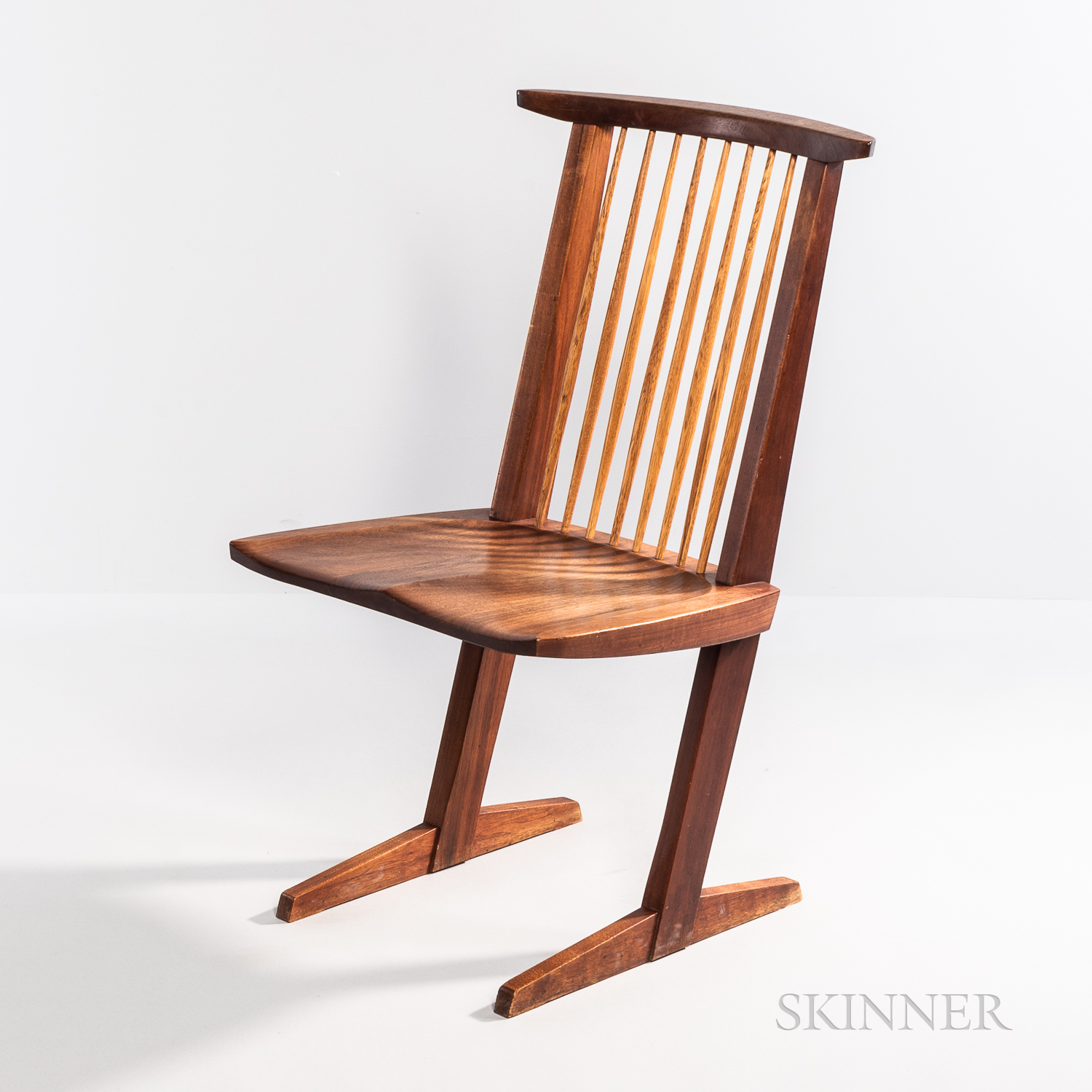 Note: Nakashima was an American woodworker, architect, and furniture maker who was one of the leading innovators of 20th century furniture design and a father of the American craft movement. Of Japanese descent, George Nakashima was born in Spokane, Washington, in 1905. He studied Forestry and Architecture at the University of Washington, attended the Ecole Americaine des Beaux-Arts at Fontainebleau, and earned his Master's in Architecture from Massachusetts Institute of Technology in 1929. Like others of Japanese ancestry, he was interned at a camp during WWII where he met Gentaro Hikogawa, a traditional Japanese carpenter. Under his tutelage, Nakashima learned to master traditional Japanese hand tools and joinery techniques.

In 1943, Antonin Raymond successfully sponsored Nakashima's release from the camp and helped him establish his studio workshop in New Hope, Pennsylvania. In New Hope, Nakashima explored the organic expressiveness of wood by choosing boards with knots and burls and figured grain. The studio grew incrementally until 1973 when Nelson Rockefeller commissioned 200 pieces for his house in Pocantico Hills, New York. Drawing on Japanese designs and shop practices, as well as on American and International Modern styles, Nakashima created a body of work that would make his name synonymous with the best of 20th century American art furniture.
Estimate $4,000-5,000

Good to very good. A few small chips to left side and on left foot.