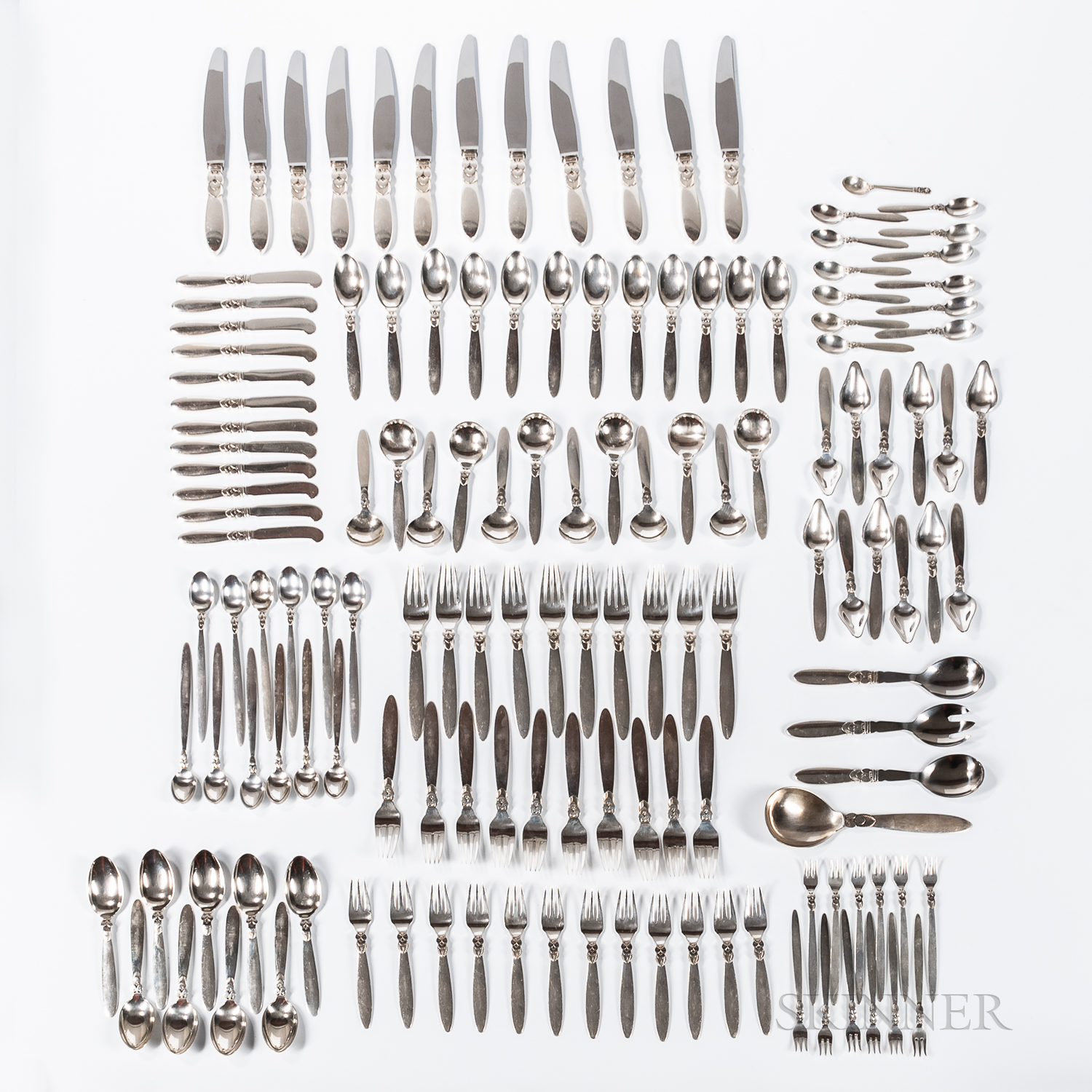 Jensen won the Grand Prix at the 1915 World's Fair, and with increasing international acclaim, the company enjoyed growth and prosperity throughout the 20th century. Operating director Anders Hostrup-Pedersen employed a number of award-winning designers including Sigvard Bernadotte, Henning Koppel, Søren Georg Jensen, Magnus
Stephensen, and Nanna Ditzel. Like the Danish furniture houses of the time, these designers were given the freedom to express themselves while developing new styles for
production. The work of Jensen designers was featured in exhibitions of Danish handicrafts at the Louvre in Paris, the Metropolitan Museum of Arts in New York and in 1962 at the Victoria & Albert Museum in London.
Estimate $4,000-8,000

Good condition. Surface wear consistent with age and use.