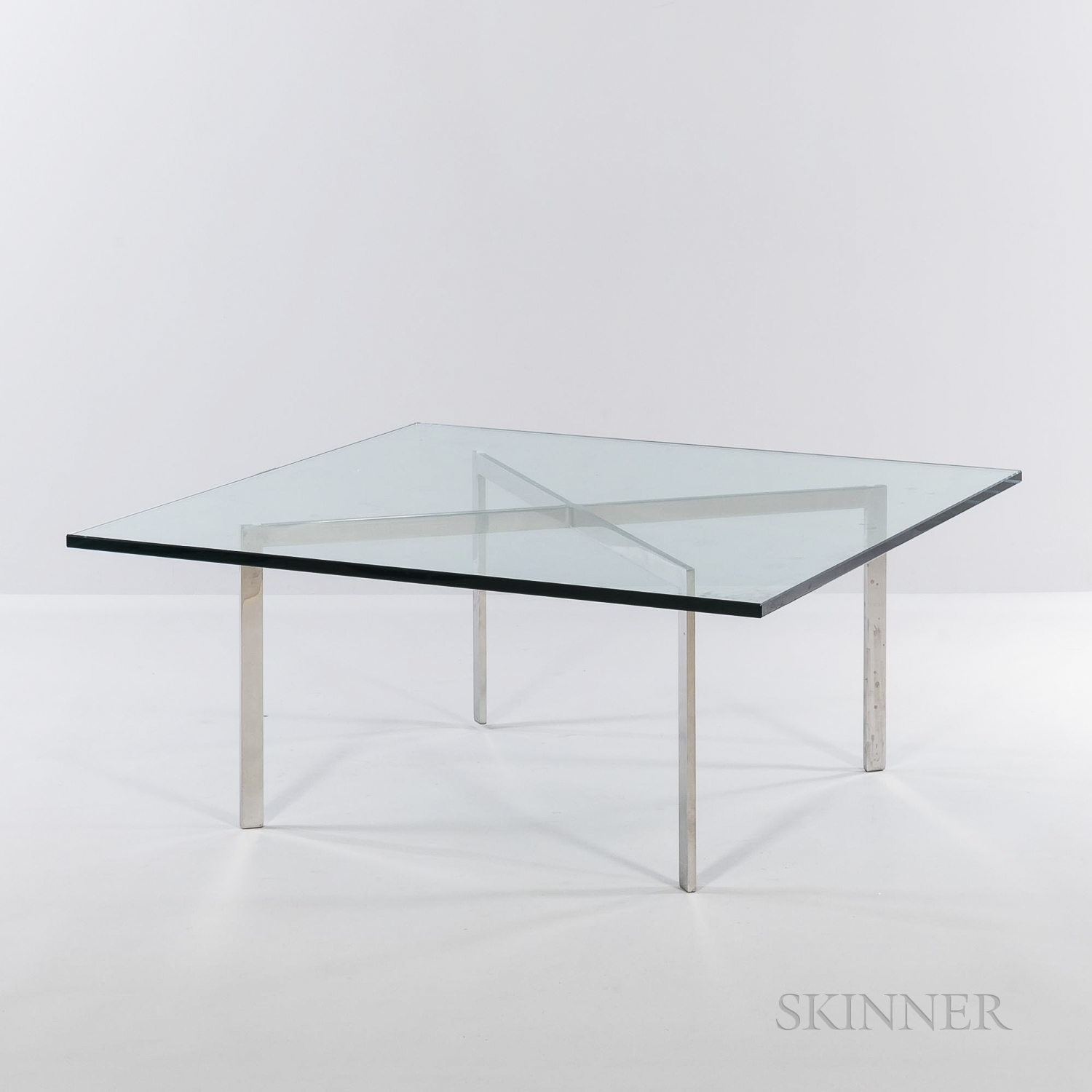 Mies served as Vice President of the Deutsher Werkbund and Director of the Bauhaus from 1930 until it closed in 1933. He immigrated to the United States in 1938 to become the director of architecture at the Armour Institute (later the Illinois Institute of Technology). From his Chicago-based practice, Mies designed a portfolio of buildings that changed the face of American institutional architecture - the most notable examples being the IIT campus and the Seagram Building in New York. While at IIT he befriended and mentored a young Florence Knoll. Florence has always credited Mies as her most influential instructor, and, in 1948, Mies granted Knoll exclusive rights to produce his furniture, including the Barcelona collection, the Brno chair, and MR series. - Knoll
Estimate $300-500

Very good condition. No chips to glass. Chrome free of pitting and oxidation. Missing one of the top rests.