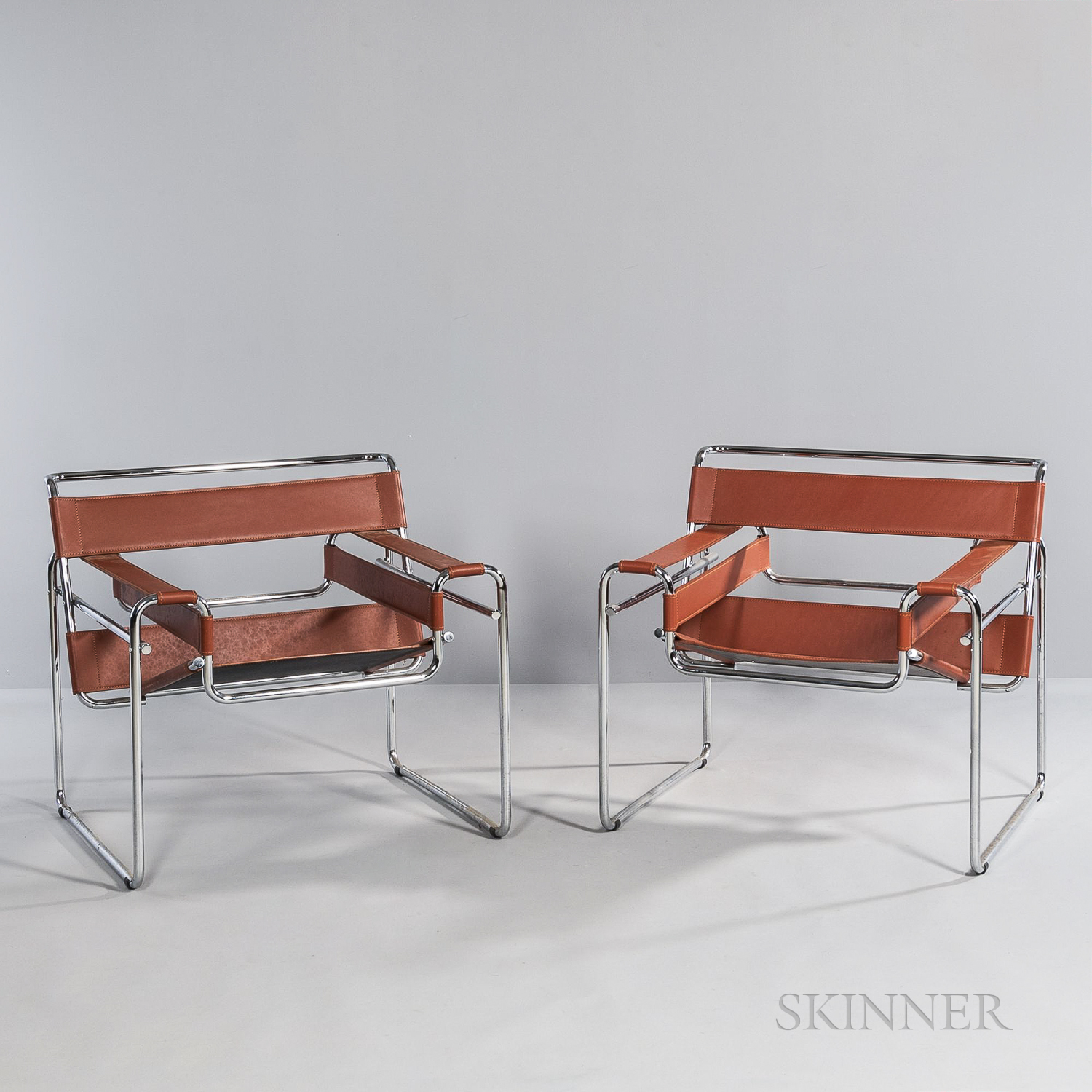 Note: Born in Pécs, Hungary, Breuer studied art in Vienna and attended the Staatliches Bauhaus Weimar from 1920 to 1924, where he trained as a joiner. In 1925 he took over the management of the joinery workshop at the Bauhaus as a 'Young Master'. At the time, Breuer was influenced by holistic movements such as constructivism and De Stijl. After some expressionistic beginnings and wood furniture, he developed some pioneering tubular steel furniture designs, first as a private project and later on at and, in part, for the Bauhaus Dessau. He also created prototypes with neighbouring companies, including Junkers. In 1928, Breuer left the Bauhaus because he wanted to have more freedom, and he wanted to continue his experiments.

He sought closer contact with the industry, including Thonet. In Berlin, he settled in as an architect and mainly worked in the interior design segment. In 1929, the company Standard-Möbel, which Breuer co-founded in 1927 and where produced his first tubular steel furniture, was acquired by Thonet. Breuer then worked for Thonet for several years. In the Thonet 1930/31 card catalogue, a comprehensive tubular steel collection, decisively influenced by Breuer, reveals an impressive range of work.

Via Budapest (1933) and London (1935), where he worked as an architect, Marcel Breuer moved to America in 1937. During this period, he developed plywood and aluminum furniture. With help from Walter Gropius, he became a lecturer and later on a professor of architecture at Harvard University in Cambridge, Massachusetts. Breuer ran a joint architecture office together with Gropius and, starting in 1941, he began working on his own, moving the office to New York in 1946. Among his most famous designs are the Whitney Museum of American Art in New York (1966, reopened as 'The Met Breuer' in 2016), and the UNESCO headquarters in Paris (1958, with Bernard Zehrfuss and Pier Luigi Nervi). Breuer is considered one of the key characters in the history of architecture and design. - Thonet
Estimate $400-600

Some pitting and minor oxidation to frame.