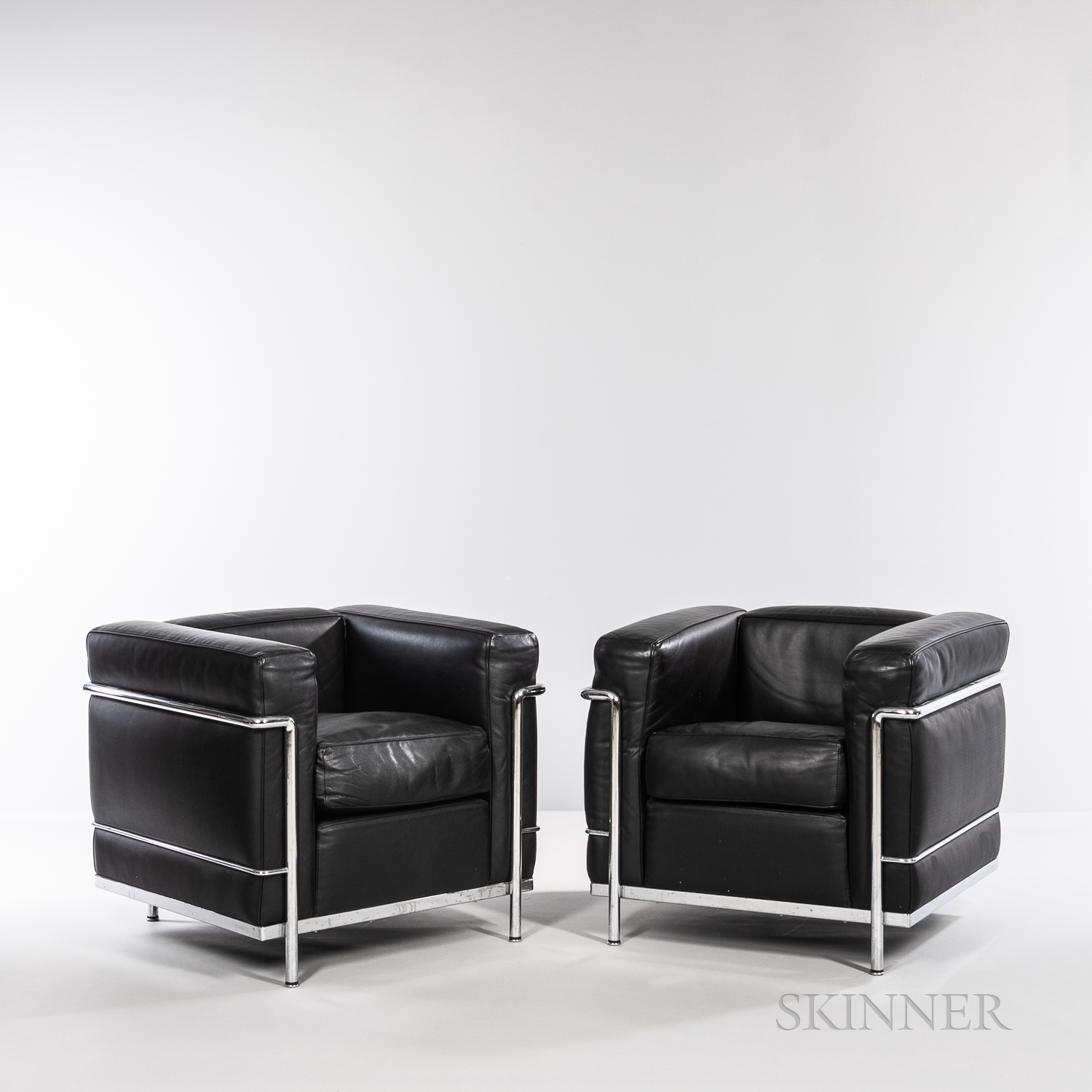 Note: Charles-Edouard Jeanneret, known as Le Corbusier, was born at La Chaux-de-Fonds, in the Swiss Jura, in 1887; he died in France, at Roquebrune-Cap-Martin, on the French Côte d'Azur, in 1965. Early in his career his work met with some resistance owing to its alleged "revolutionary" nature and the radical look it acquired from its "purist" experiments; in time, however, it won the recognition it deserved and it is still widely admired. His message is still being assimilated by an ever increasing number of people in the profession, but his far-out avant-garde attitudes should be interpreted with due consideration for the use of rational systems in his planning method, evidenced by extremely simple modules and forms based on the functional logic. Cassina reproposes this furniture considered 'up-to-date'; its clear and essential 'form' is highly adaptable to change in time and in environment, constantly providing new significance. - Cassina
Estimate $1,000-1,500

Good to very good condition. No tears or deep scratches to leather. Chrome free of pitting and oxidation.