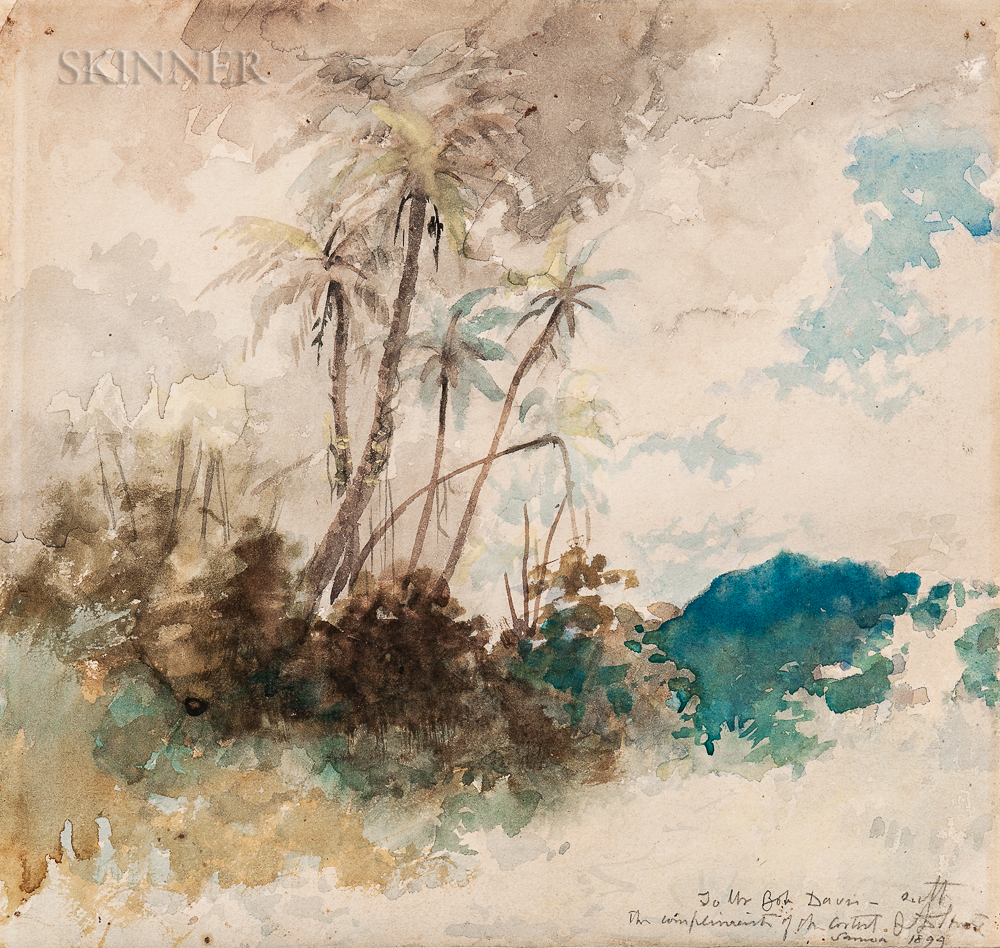 N.B. Dr. James Yarnall reviewed this watercolor via digital photographs in 2007 and confirmed its authenticity in an email to the consignor.

A fascination with exotic cultures led John La Farge and his good friend, historian Henry Adams, on an extended journey to the South Seas islands in 1890 and 1891. La Farge said that he was "dreaming of a land of uncorrupted natural beauty," and this he found in the culture and unspoiled landscape of Samoa. The artist was entranced by the lush tropical scenery and beautiful native peoples. He stayed four months in Samoa, considering this time the high point of his South Pacific tour. With precise observation and spontaneous brushwork, he captured the Samoan way of life in more than 200 oil paintings and watercolors.

The original tag from the frame backing indicates that this artwork was framed by E.H. & A.C. Friedrichs, Co., New York, sometime after La Farge's return in November 1891.
Estimate $7,000-9,000

A condition/treatment report accompanies the lot. The watercolor was originally mounted on board, and was removed from the board, cleaned, and deacidified. No in-painting or touch-ups were detected. Minor mat burn, 1/16 to 1/4 inch in from the edge of the sheet. The work is now housed in an acid-free mat and was reframed in a 23 K lemon gold leaf frame, with Tru-Vue Museum glass. The tag from the original frame was encapsulated and affixed to the new frame backing.