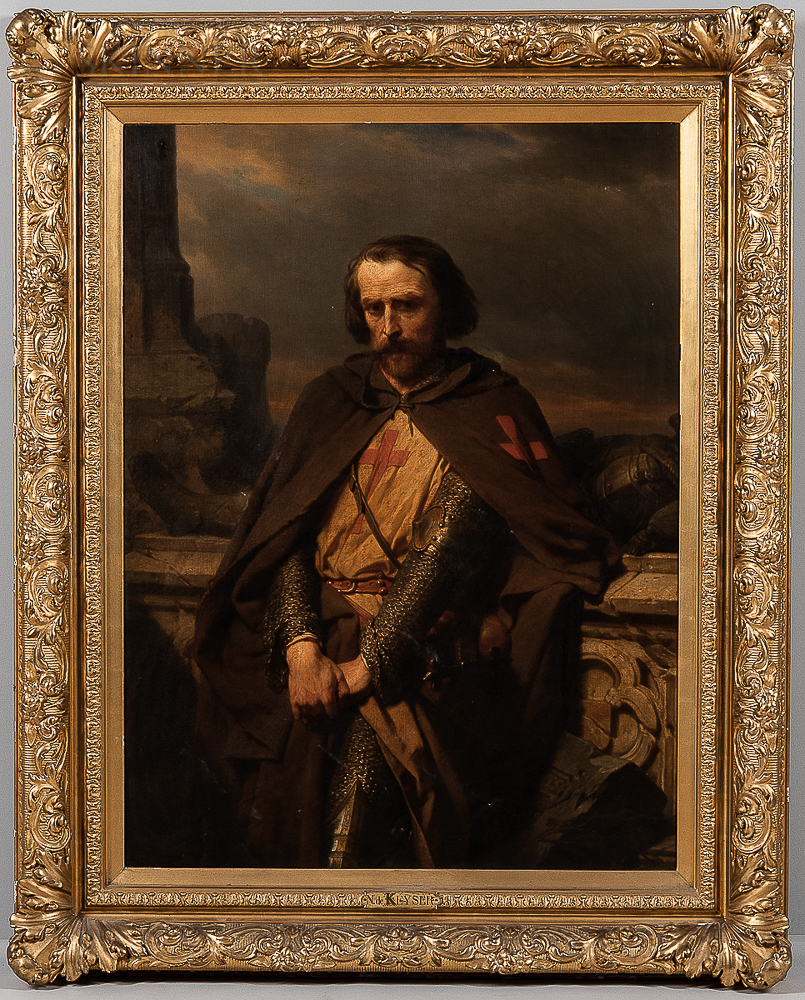 N.B. Belgian Romantic artist Nicaise de Keyser was a painter of portraits, genre, religious, and historical scenes. He studied under Jozef Jacobs and Mattheus Ignatius van Bree at the Royal Academy in Antwerp, where he would later be elected a member and named Director in 1855. His breakthrough as a painter came with the canvas Battle of the Golden Spurs, depicting a historical battle between France and Flanders in 1302, which was exhibited at the Brussels Salon in 1836. Based in Antwerp throughout his career, De Keyser also traveled to England and Scotland, France, Italy, and Germany. In 1862, De Keyser began a series of decorative historical paintings celebrating Flemish artists, intended for the former Antwerp Museum and Academy building. When the new Royal Museum of Fine Arts in Antwerp was completed in the late nineteenth century, the paintings were transferred to the staircase of the museum. Describing the series, one visitor was said to have exclaimed, "They are alive and full of thought!," a reaction that could be applied equally to the returning crusader in the painting at hand.
Estimate $5,000-7,000

A major line of retouch/repair measuring 8 inches across through the sitter's mustache and 1-1/2 inches down on the left, also extending into his hood on the right. Scattered other areas of retouch. Please see condition photos. Minor canvas deformation/rippling.

Items may have wear and tear, imperfections, or the effects of aging. Any condition statement given, as a courtesy to a client, is only an opinion and should not be treated as a statement of fact. Skinner shall have no responsibility for any error or omission.