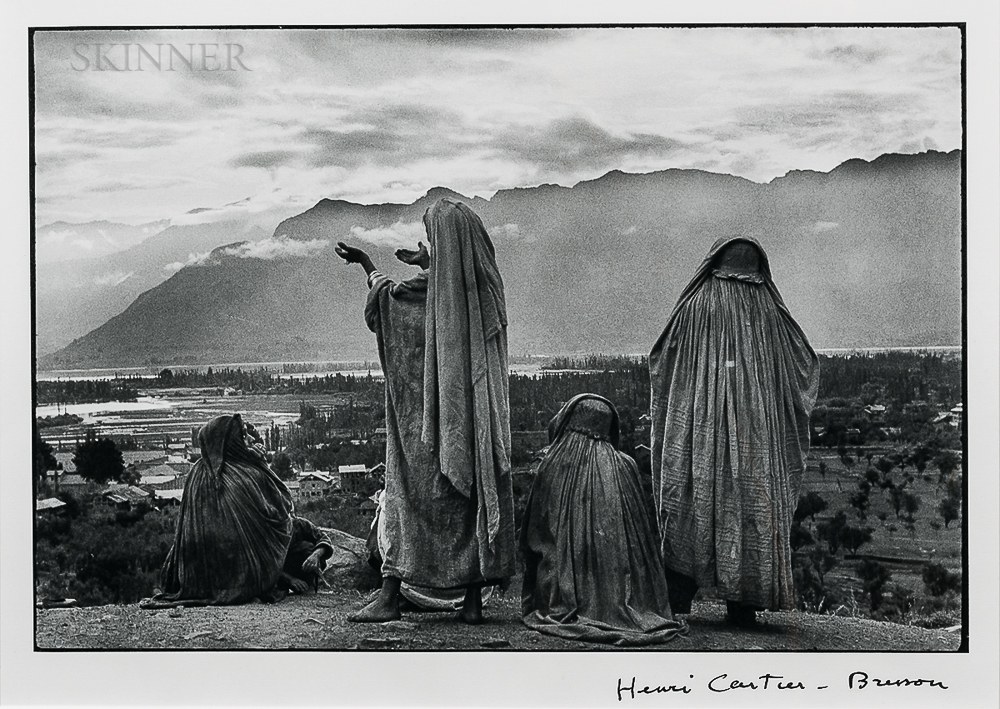 N.B. Cartier-Bresson visited India for the first time in 1947 amid its fraught postwar political transition from British colonial rule to independence and the partition of India and Pakistan. This period was marked by a surge of violence between Hindus, Muslims, and Sikhs, with the partition displacing hundreds of thousands of refugees between India and Pakistan in just two years, and several millions in the decades after. From 1931-1951 several million refugees went missing as they attempted to cross into either India or Pakistan in order to escape religious attacks and persecution, and up to 2 million people perished due to wide-spread violence. Arguably one of the most notable victims of this religious violence was Mahatma Gandhi. In 1948, Cartier-Bresson met with Gandhi, who had just finished a six-day fast calling for an end to the inter-communal brutality over the partition. They met again the following day a mere 90 minutes before Gandhi was assassinated by a Hindu Nationalist. Cartier-Bresson subsequently documented his funeral and the national outpouring of grief that followed in the wake of his death.

His images from this three-year trip to Asia are often quiet and self-effacing, such as Srinagar, Kashmir, in which a group of Muslim women gather on top of Hari Parbat hill to pray as the sun rises behind the Himalayas. The image is full of a static gravity while bearing Cartier-Bresson's characteristic strength in structure as seen in the visual parallel between the line of the women and the mountains. Aware of his privileged position as a white European male, he made an effort not to photograph India from above in what could be seen as a reductive manner, but instead placed himself among his subjects. His portfolio of India captured scenes of mourning and fleeing refugees, but also scenes of daily life and its rituals. With these images Cartier-Bresson achieved global recognition as both an artist and photojournalist, and would go on to document his travel around the world.
Estimate $5,000-7,000

Sheet size 12 x 15 3/4 in. The print suggests the negative has been retouched, one pinprick dot of irregularity in the emulsion to the u.c. in sky, held to mat with photo corners. 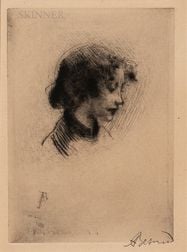 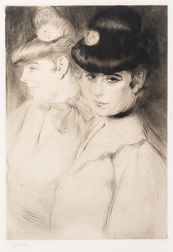 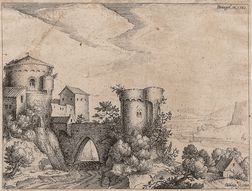 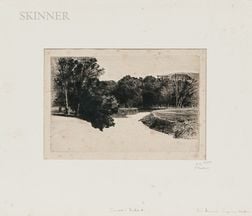 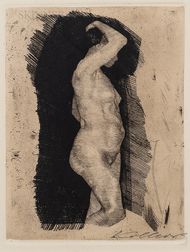 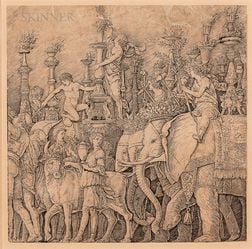 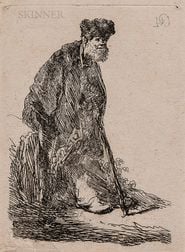 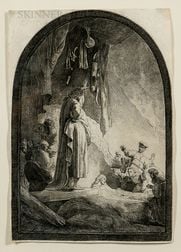