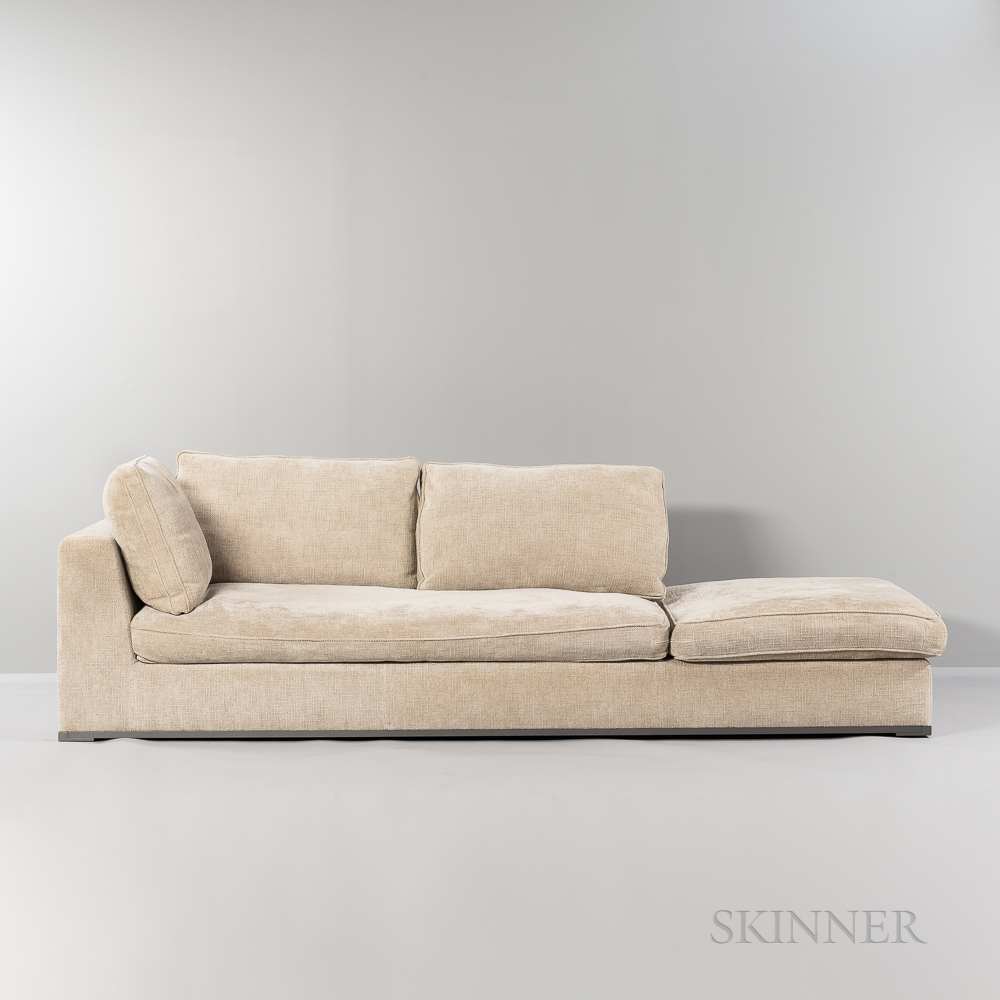 Note: Antonio Citterio is an Italian architect, furniture designer, and industrial designer who lives and works in Milan. He acquired a degree in architecture from Politecnico di Milano in 1972 and subsequently started working as a designer and industrial design consultant. Citterio currently works with companies such as B+B Italia, Flexform, Flos, Hermès, Iittala, Kartell, Maxalto, and Vitra.

In 1987 and 1994, he was awarded the "Compasso d'Oro" prize. From 2006 to 2016, he was a professor of Architectural Design at the Accademia di Architettura di Mendrisio (Switzerland). In 2008, the Royal Society for the Encouragement of Arts, Manufactures & Commerce of London awarded him the title of "Honorary Royal Designer for Industry."
Estimate $1,000-1,500

Some minor ares of staining.