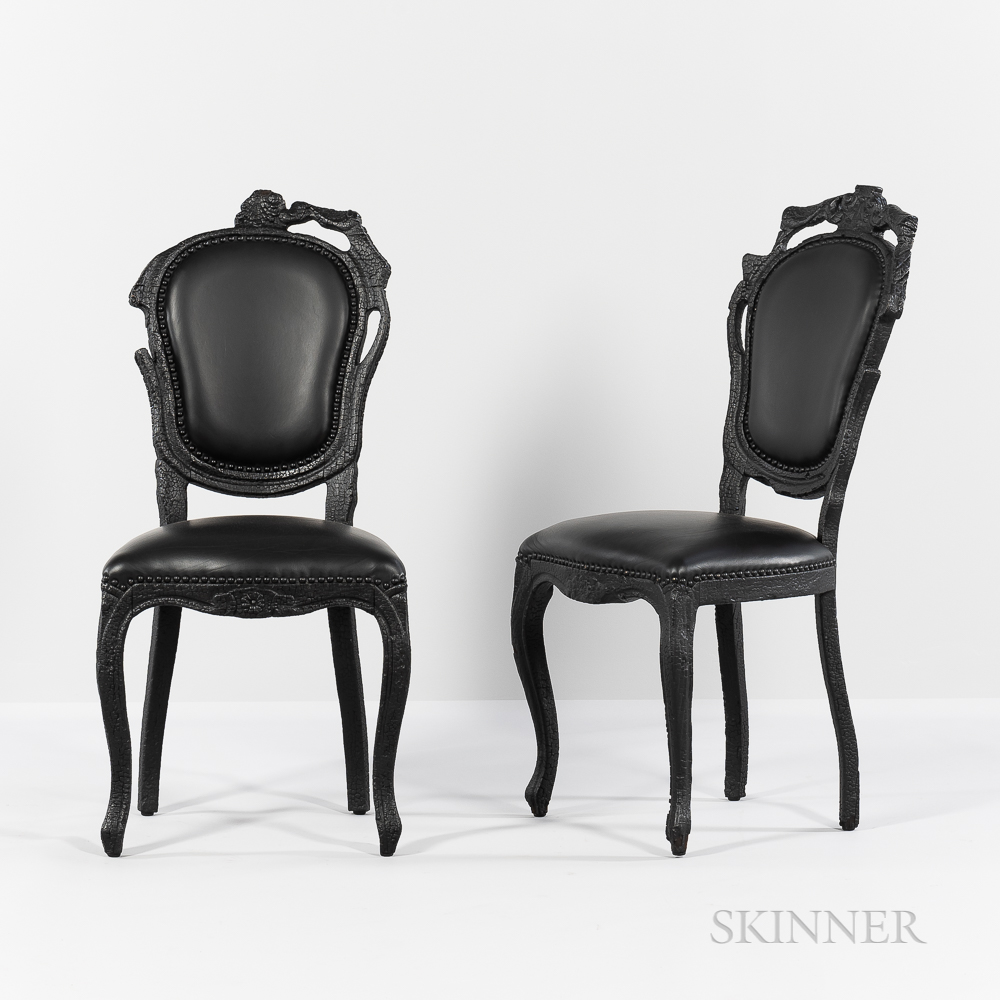 Note: Baas is considered to be one of the most influential Dutch designers of the beginning of the 21st century; he is often described as an 'author designer,' his works lie on the boundaries between art and design. His work is known as rebellious, playful, intellectual, theatrical and artistic. He has gained an autonomous position in the design field, and his work varies from conceptual designs, limited editions, production design, installations, public space, architecture, interior design, theater design and performances.

Smoke was Baas's graduation project at the Design Academy Eindhoven, in 2002. It was the end result of his research on beauty and perfection. 'In nature, everything is in flux, which creates a certain beauty. Yet, it's a very human tendency to keep things as they are supposed to be and keep them beautiful as they originally were. Smoke plays with both perceptions of beauty.' After the pieces are charcoaled, they're preserved in a clear epoxy resin, which makes them usable again. When needed, pieces are re-upholstered or otherwise fixed so that they get back their original function.

The Smoke chair and chandelier from Baas's graduation collection were taken into production by Dutch label Moooi in 2003. In 2004, Moss gallery in New York City commissioned Maarten for a solo show with burned design classics. Smoke pieces are in collections of main museums, such as the Victoria & Albert Museum and the Groninger Museum. (maartenbaas.com)
Estimate $500-700

Small area of loss of charred finish at top of back rail on one chair.