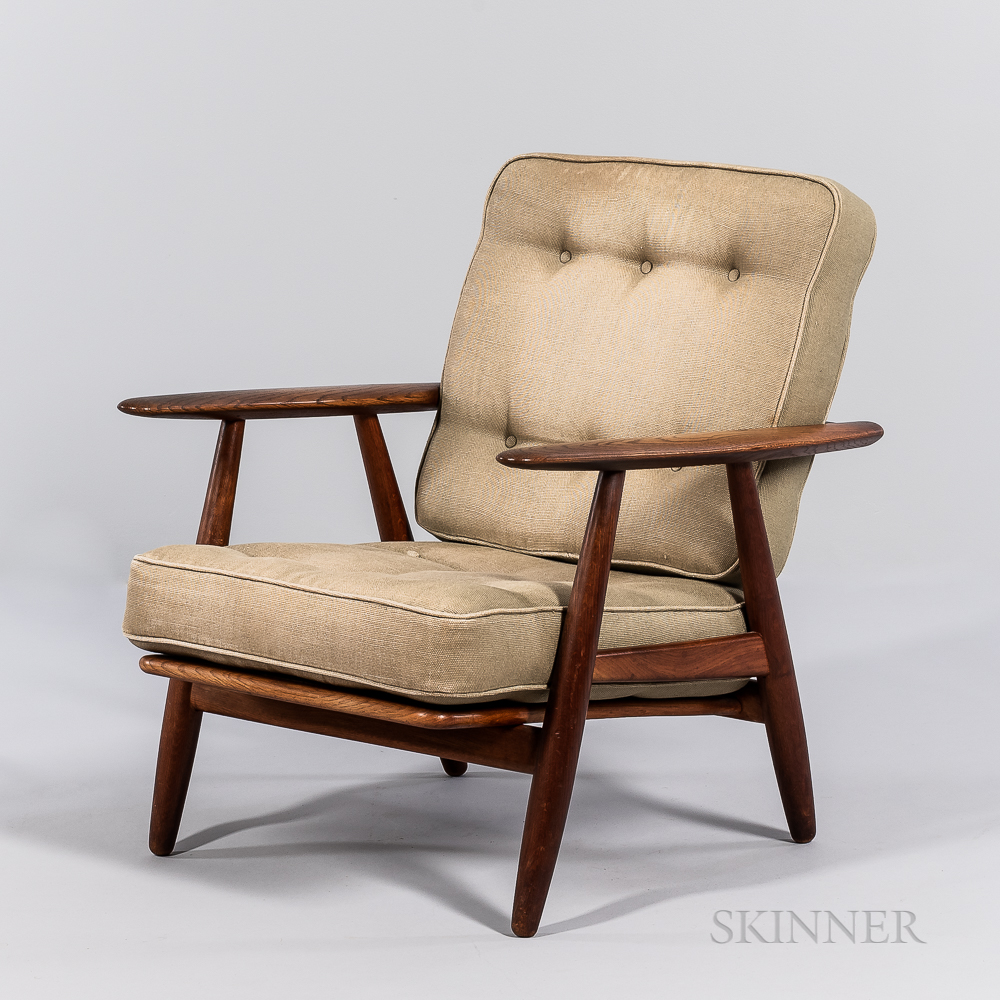 Note: Among Danish furniture designers, Hans J. Wegner (1914-2007) is considered one of the most creative, innovative, and prolific. Often referred to as "the master of the chair," Wegner created almost 500 in his lifetime – many of them considered masterpieces.

Wegner was part of the spectacular generation that created what is today referred to as 'the Golden Age' of modern Danish design. 'Many foreigners have asked me how we created the Danish style,' Wegner once said. 'And I've answered that it was a continuous process of purification and of simplification – to cut down to the simplest possible design of four legs, a seat, and a combined back- and armrest.'

Almost all of the world's major design museums, from the Museum of Modern Art in New York and Designmuseum Danmark in Copenhagen to Die Neue Sammlung in Munich, exhibit his works. (Carl Hansen & Son)
Estimate $1,000-1,200

Good condition. Chairs is structurally sound with no play in joints. Some light scuffing around the legs. One button pulled but in place. Later refinish/reupholster.