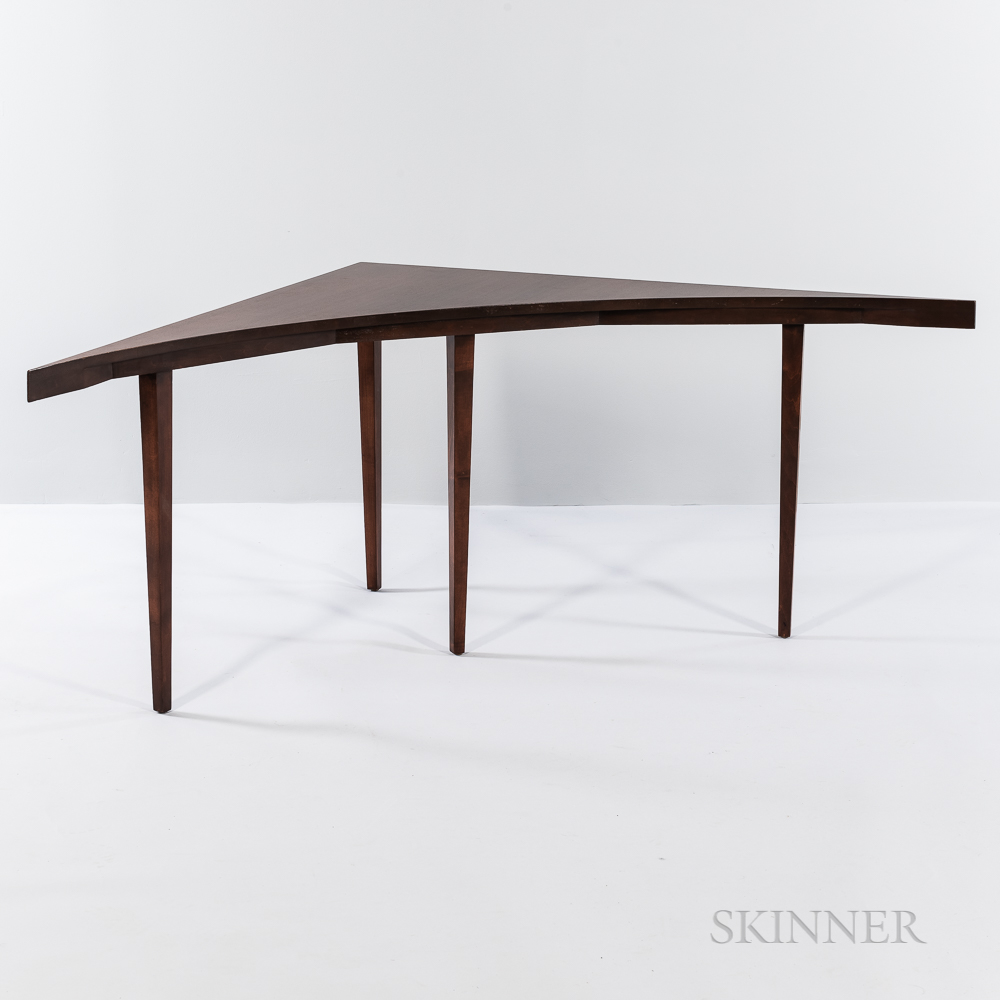 Note: Harvey Probber was an American furniture designer who is credited with inventing sectional, modular seating in the 1940s. He was one of an early band of American Modernism pioneers in a field that included D.J. DePree of Herman Miller, Hans Knoll, Georg Tanier and Jack Lenor Larsen. Probber established Harvey Probber, Inc., in 1945 and quickly became one of America's leading designers and furniture companies. His designs, like those of Edward Wormley, Tommi Parzinger, were sought after by customers who wanted modern furniture with elegance. His elastic sling chair and Nuclear upholstered groups were chosen for MoMA's Good Design exhibition in 1951, and he won several prestigious Roscoe industry awards.
Estimate $200-400