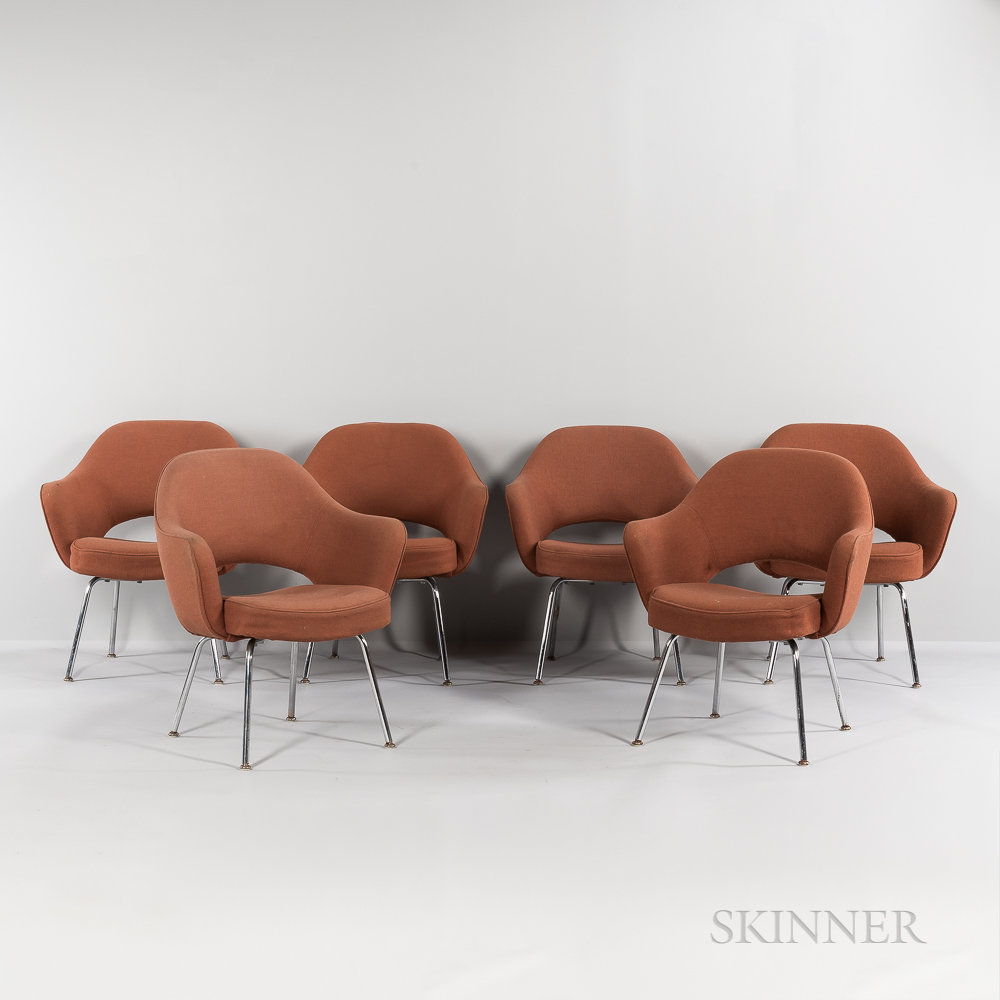 Note: Born to world famous parents, architect and Cranbrook Academy of Art director Eliel Saarinen and textile artist Loja Saarinen, Eero Saarinen was surrounded by design his whole life. It came as no surprise that Eero was helping his father design furniture and fixtures for the Cranbrook campus by the time he was in his teens. In 1929 Eero left for Paris where he studied sculpture before enrolling in the Yale architecture program the following year. In 1934, he returned to Michigan to teach at Cranbrook, work on furniture designs, and practice architecture with his father.

It was at Cranbrook that Saarinen met Charles Eames. The two young men, both committed to the exploration of potential new materials and processes, quickly became great friends, pushing each other creatively while collaborating on several projects. The most notable outcome of their partnership was the groundbreaking collection of molded plywood chairs for the MoMA-sponsored 1940 Organic Design in Home Furnishings competition. Their collection was awarded first prize in all categories, catapulting the young designers to the forefront of the American modern furniture movement.

Saarinen also met Florence Knoll (né Schust) at Cranbrook, who at that time was a promising young protégé of Eliel Saarinen. Florence spent all of her free time with the Saarinen family, including summer vacations to Finland. Florence and Eero developed a brother-and-sister-like relationship that would last the rest of their lives. Florence later recalled that her history with Eero made him her most honest and, often, harshest critic. When Florence joined Knoll in the 1940s, it was an obvious choice for her to invite Eero to design for the company. Over the next 15 years Saarinen designed many of the most recognizable Knoll pieces, including the Tulip chairs and tables, the Womb chair, and the 70 series seating collection. (Knoll)
Estimate $600-800

Fair to Good. Wear consistent with age and use. Would benefit from new upholstery. Oxidation at the feet on all. Oxidation on legs of one.