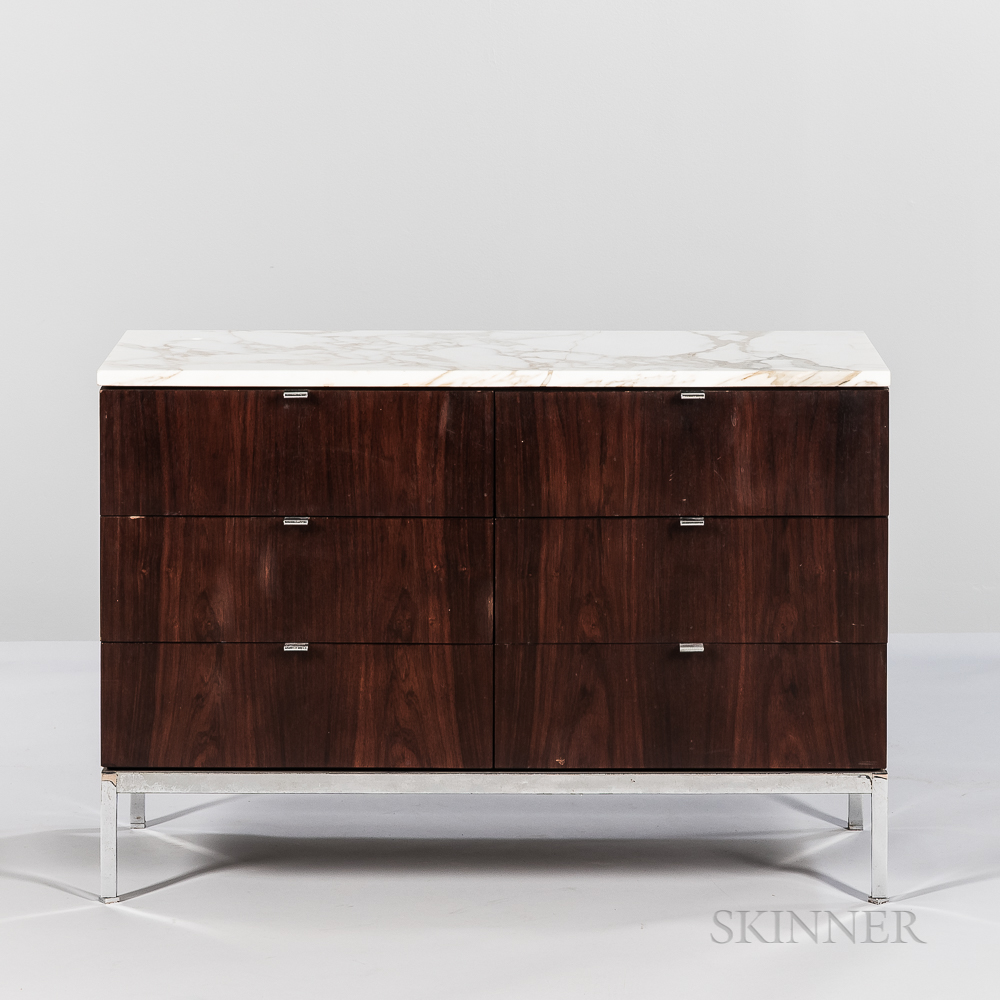 After the tragic death of Hans Knoll in 1955, Florence led the company as president through uncertain times. In 1960 she resigned the presidency to focus on directing design and development and, in 1965 after pioneering an industry and defining the landscape and aesthetic of the corporate office, Florence Knoll Bassett (she remarried in 1957) retired from the company. Her contributions to Knoll, and to the rise of modernism in America, are immeasurable. (Knoll)
Estimate $700-900