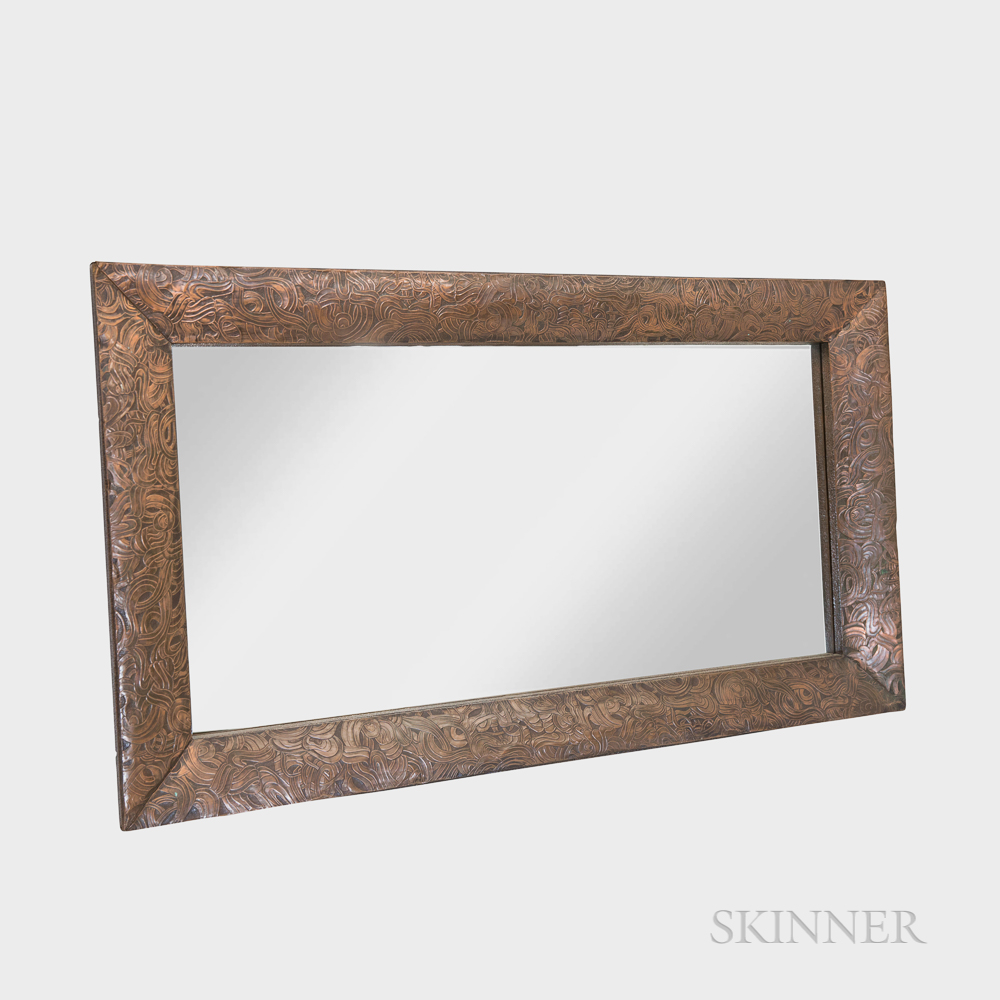 Note: Gilles was born in Paris in 1895, and the "repoussé" technique was passed on to him by an aunt at the tender age of 11. In 1926, he won the first prize for Decorative Arts in Paris. In 1930 he immigrated to North America, working first in Detroit where he decorated the houses of the Fischer brothers of General Motors. He then moved to California and worked as a decorator for Universal Studios and was commissioned by film actors such as Mae West, as well as Walt and Roy Disney.

He then emigrated to Canada where he specialized in the work of decorating churches. From 1940 to 1960, more than sixty Churches, Basilicas and Cathedrals in Canada and the United States commissioned his works: Stations of the Cross, doors, tabernacles, communion grids, baptismal fonts and more. In 1942, Pope Pius XII mandated him to create a chalice in gold and silver which he gave to the city of Montreal for the tercentenary of its foundation. (Albert Gilles Copper Art Museum)
Estimate $300-500