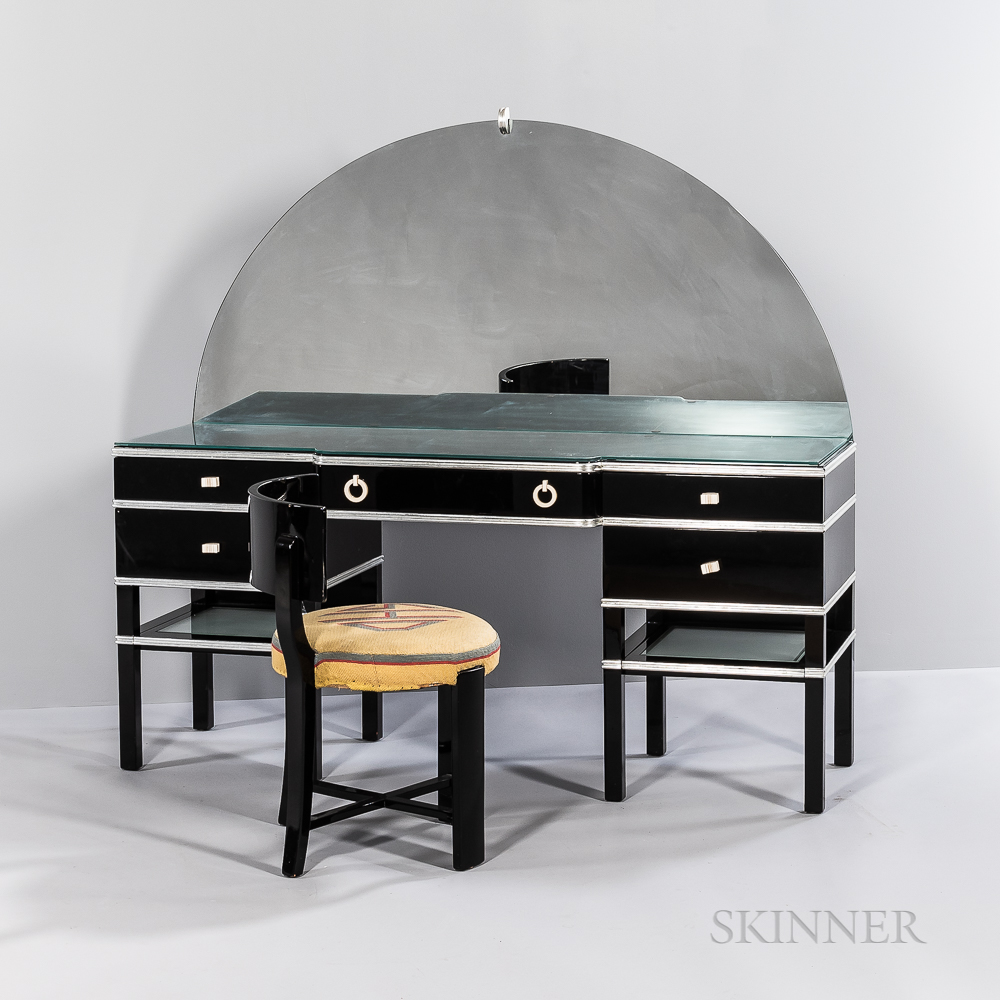 Note: Paul Frankl was an Art Deco furniture designer and maker, architect, painter and writer. After Frankl completed his architectural studies at the Berlin Polytechnic, he traveled, spending time in Berlin and Copenhagen before arriving in the United States in April 1914. He settled in New York City and brought with him an outsider's fresh perspective and an enthusiasm for forging a uniquely American design aesthetic. Frankl began as an architect and later switched to designing and painting fine art and furniture. In the years between the two World Wars he, more than any other designer, helped shape the distinctive look of American modernism.

In the 1920s, he introduced his celebrated skyscraper style (before turning to metal furnishings in the 1930s). Frankl opened Frankl Galleries on 48th Street, calling his company Skyscraper Furniture, which became an epicenter of American modernism, including modern textiles and wallpapers imported from Europe. His solo art shows included New York City's Knoedler Gallery in 1931 and Los Angeles's Stendahl Gallery in 1944.

Good condition. Later restoration. Some cracks and areas of rippling in the lacquer but no areas of loss. Top and shelves below drawers have fitted glass which has protected the surface. Draw pulls have stress cracks. Backrest of stool has impact damage with minor loss of lacquer.