Note: Walrath studied at Alfred University, New York from 1902 to 1903. While still a student he taught pottery at the Chautauqua Arts & Crafts School in the summer. He was briefly employed at Grueby Pottery and his work won a bronze medal at St. Louis in 1904. In 1908 he was hired by Theodore Hanford Pond to teach in the Department of Decorative Arts and Crafts at the Mechanics Institute in Rochester (now the Rochester Institute of Technology}. He stayed until 1918, establishing his own pottery in Rochester and making vases in graceful shapes featuring mat glazes and muted tones. He had a sure touch for Arts and Crafts style, setting colored patterns within clearly defined geometric areas. In 1918 he followed Cox as chief ceramist at Newcomb. But he returned to western New York, ill, in 1921 and died soon thereafter. His work fell into undeserved obscurity.
Estimate $1,000-1,500

Glaze imperfection in the making. Minor chip restoration on the edge of base. 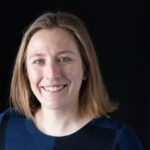