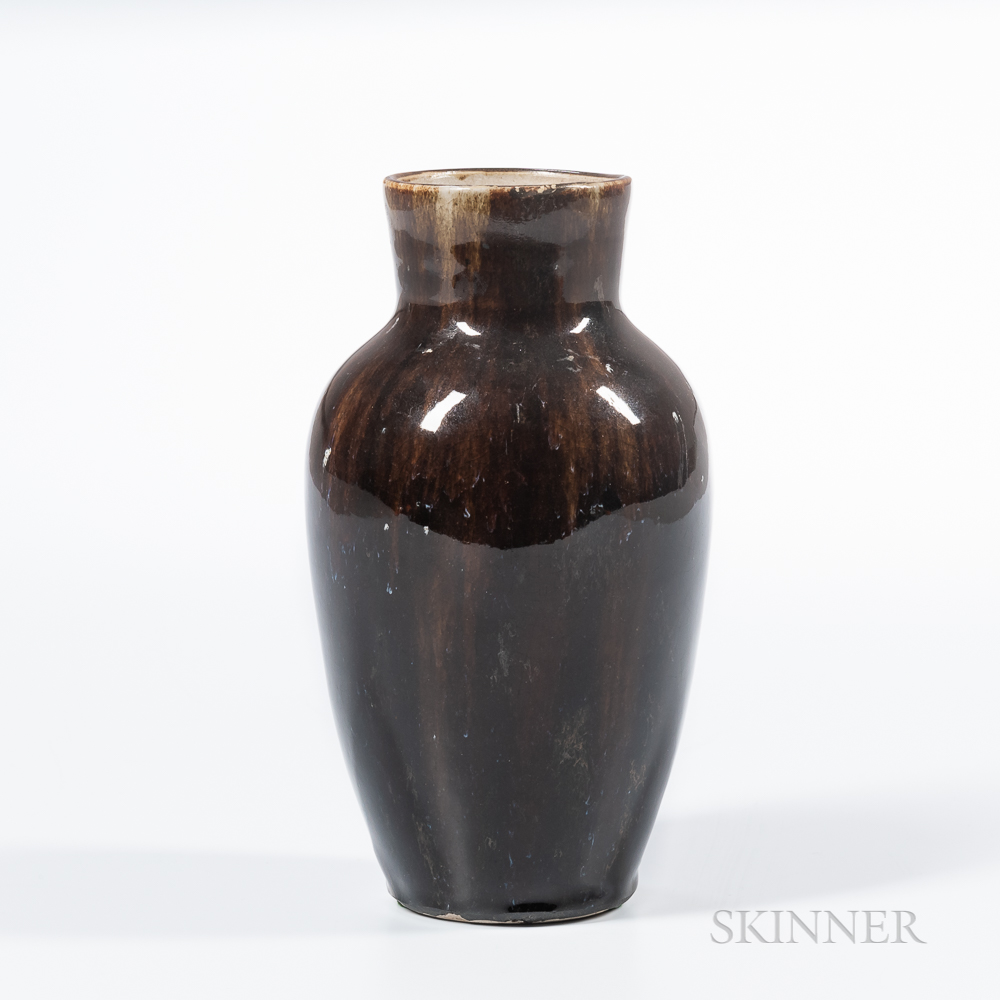 Rim repaired. Chips at bottom where excesss glaze was ground. One filled chip at base.