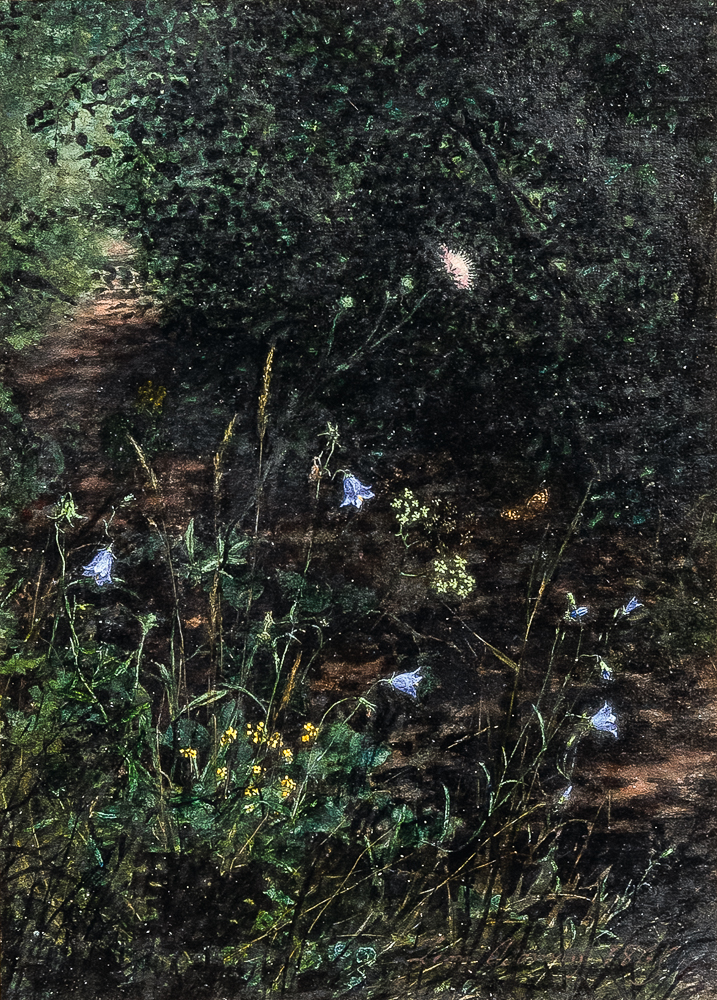 N.B. An innkeeper by trade, Léon Bonvin devoted his free time, usually early mornings and evenings, to recording the fields and flowers near his home in Vaugirard, on the outskirts of Paris. Restricted by his meager finances, his earliest works were small charcoal and ink sketches drawn directly from nature. By the late 1850s, he had ventured into watercolor and he produced his largest body of work in the seven-year period between 1859 and his suicide in 1866. Encouraged by his brother, artist François Bonvin, to study the meticulous still lifes of Dutch and Flemish painters, Léon Bonvin adopted the Old Masters' usage of outline. He applied a sepia-toned ink to outline his forms, achieving a distinctive, almost photographic, effect in his watercolors, as evident in this example. Bonvin remained largely unrecognized during his lifetime; however, the American collector William T. Walters (1820-1894), whose collection forms the basis of the Walters Art Museum in Baltimore, amassed a group of fifty-six watercolors and one rare oil painting by the artist. Today this remains the largest collection of works by Bonvin.
Estimate $6,000-8,000

The sheet measures 10 1/16 x 7 5/16 in. The previously mentioned accretions are tiny, visible primarily in the leaves u.r. and grasses l.c. , and difficult to see unless the work is seen out of its frame. The work is heightened with gum arabic. On the verso is both tape and glues residues, primarily along the upper edge and at the lower corners. It is hinged at the upper corners verso.