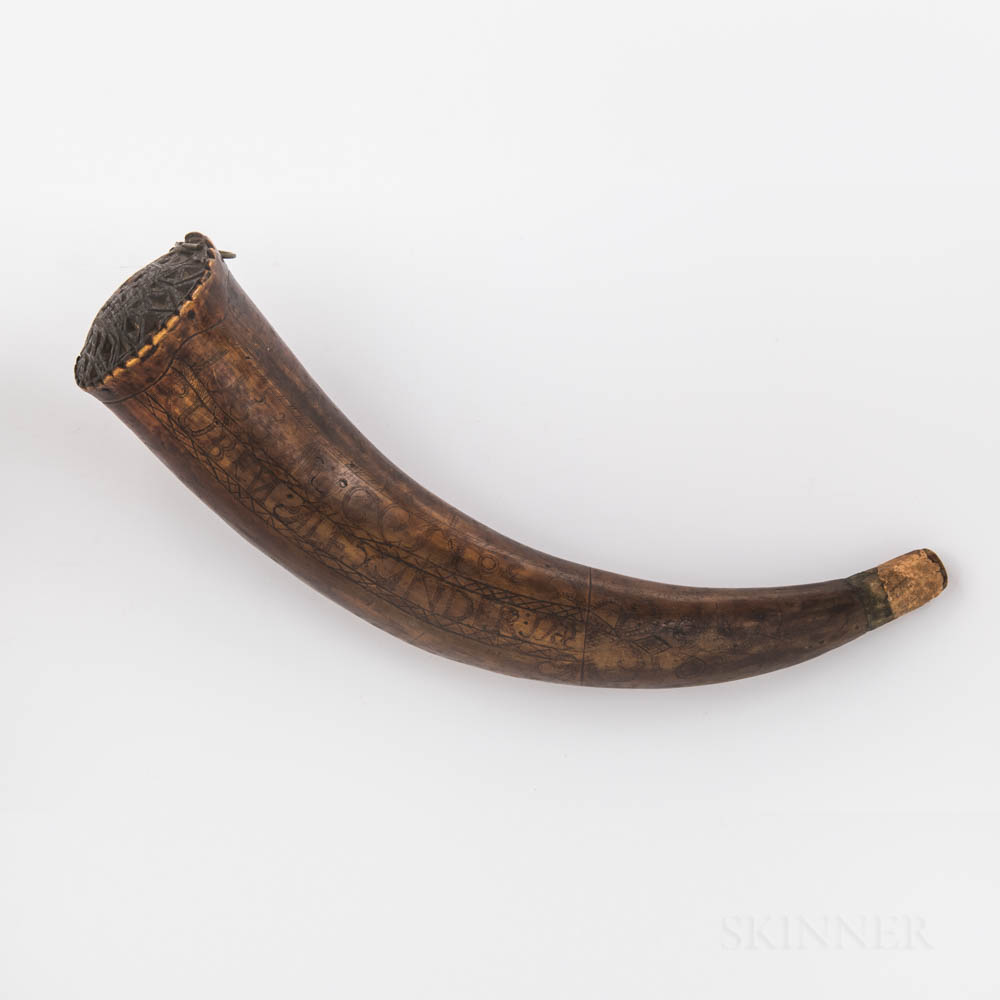 Reuben Alexander's Powder Horn, c. 1755, horn carved with foliate designs and flourishes, animals, fish, a buck, horse, what looks to be a Native American figure, and marked "1755 AUGeST 20/RuBEN ALEXANDER: 1755," a pine plug carved with designs, and remnants of 19th century paper around the spout where it must have had a metal spout added at some point, overall lg. 14 in.

Note: Probably owned by the Reuben Alexander who was born in Northfield, Massachusetts, in 1740. During the French & Indian War campaigns of 1759-60, he enlisted in Captain Salah Barnard's company and fought in the war. Sometime in the late 1760s or early 1770s he moved just over the border to Winchester, New Hampshire. During the American Revolution he was a militia captain in Winchester and later colonel. He was a justice of the peace for Cheshire county, and died in 1811.
Estimate $2,000-4,000

Horn is dark in color but the carving is very visible, the spout has a small piece missing and looks to have been covered with a metal spout glued on with some newsprint in the 19th century, but in overall very good condition. 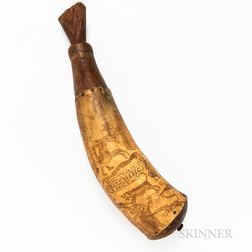 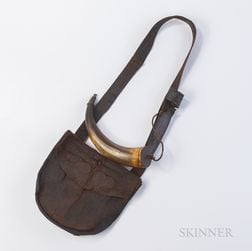 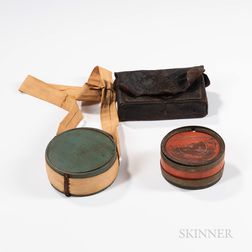 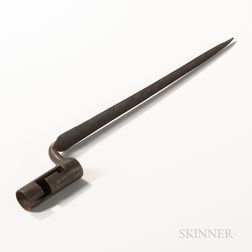 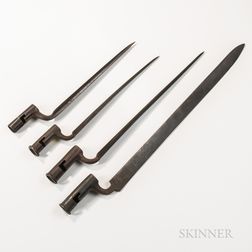 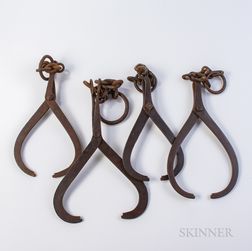 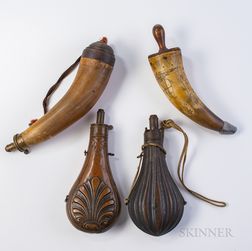 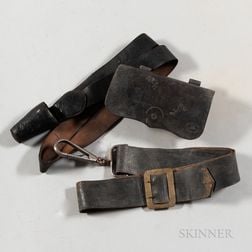