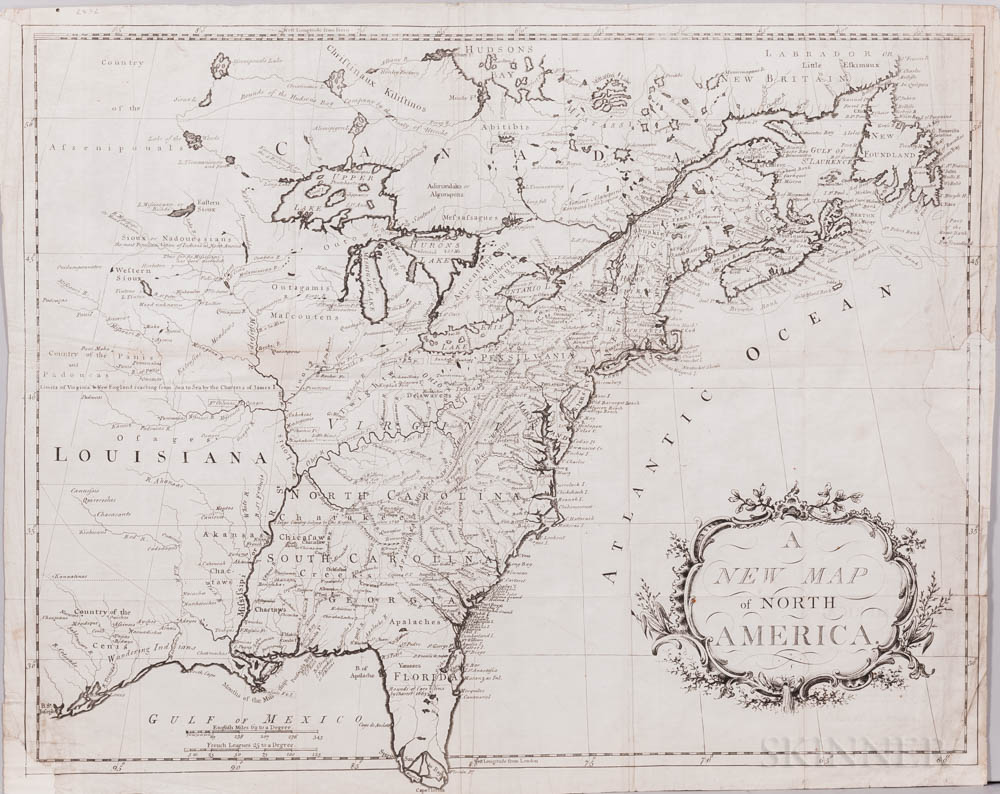 North America, East Coast, Two 18th Century Maps. Two large double-page folio copper-plate engravings on laid paper, viz.: Emannuel Bowen's Particular Draughts and Plans of Some of the Principal Towns and Harbours Belonging to the English, French, and Spaniards in America and West Indies, consisting of thirteen small insets depicting: Boston Harbor; New York and Perthamboy Harbor; Fort Royal in Martinique; the Harbor of Placentia; the Harbor of Anapolis Royal; the Harbor of St. Augustine; Providence; Havana; St. Iago, Cuba; Cartagena, Louisbourg in Cape Breton; Charlestown, South Carolina; and Ponto Bello; c. 1752, colored in outline, 23 1/2 x 18 1/2 in.; [together with] A New Map of North America, an anonymous map attributed to John Mitchell (1711-1768) and published in The History of the War in America between Great Britain and Her Colonies, [Dublin, 1779-1785 or London, 1780], depicting the east coast from Newfoundland to Florida and west to the Great Lakes, North to Hudson's Bay, with Louisiana depicted in the southwest, uncolored, torn with some marginal loss, not affecting text, cartouche, or land masses, 22 x 17 3/4 in. (2)
Estimate $300-400