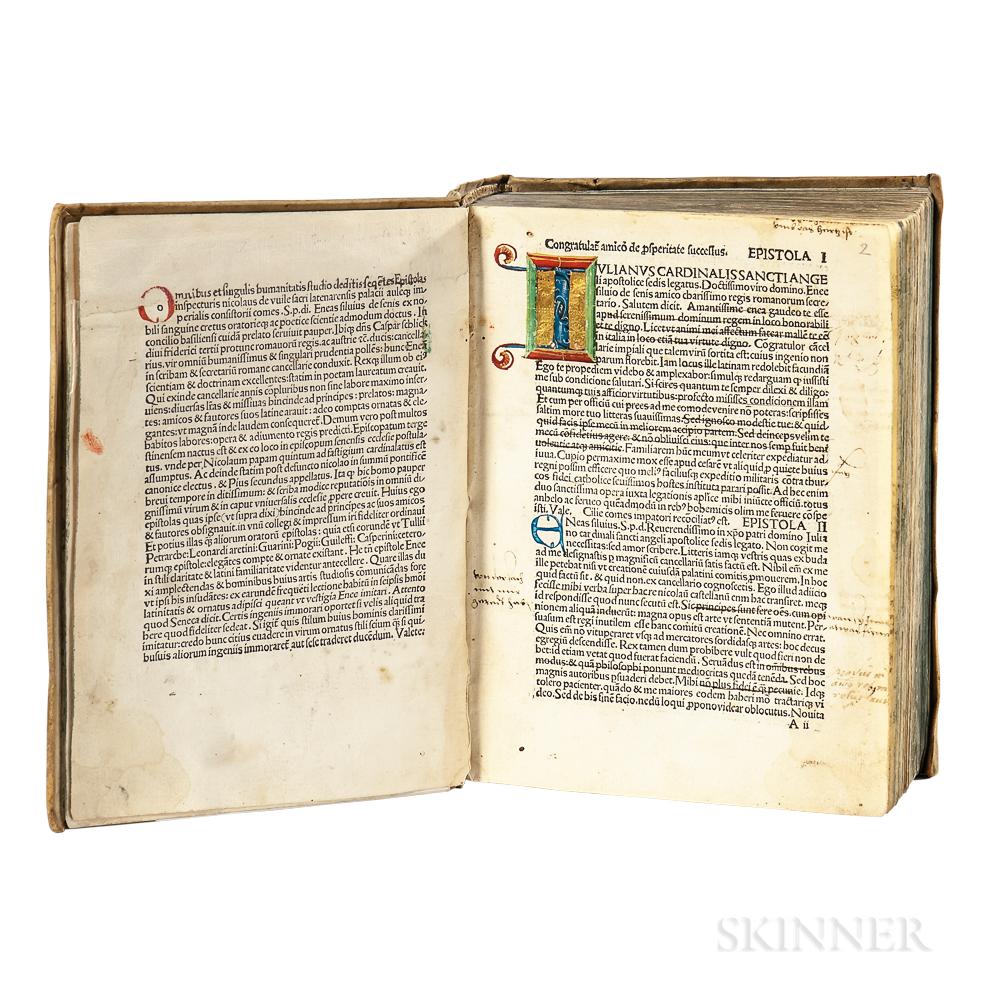 This work presents 400 valuable letters written before Pius's service as Pope. He lived an exciting life, fathered children in Scotland and Brittany, served in the court of Holy Roman Emperor Frederick III in Vienna, and was crowned imperial poet laureate in 1442. His epistles are an important source of historical information for the period and include many detailed eye-witness accounts of his activities, including a description of the enthronement ceremony of the Carinthian dukes on the Prince's Stone and the Duke's Chair.
Estimate $1,500-2,500