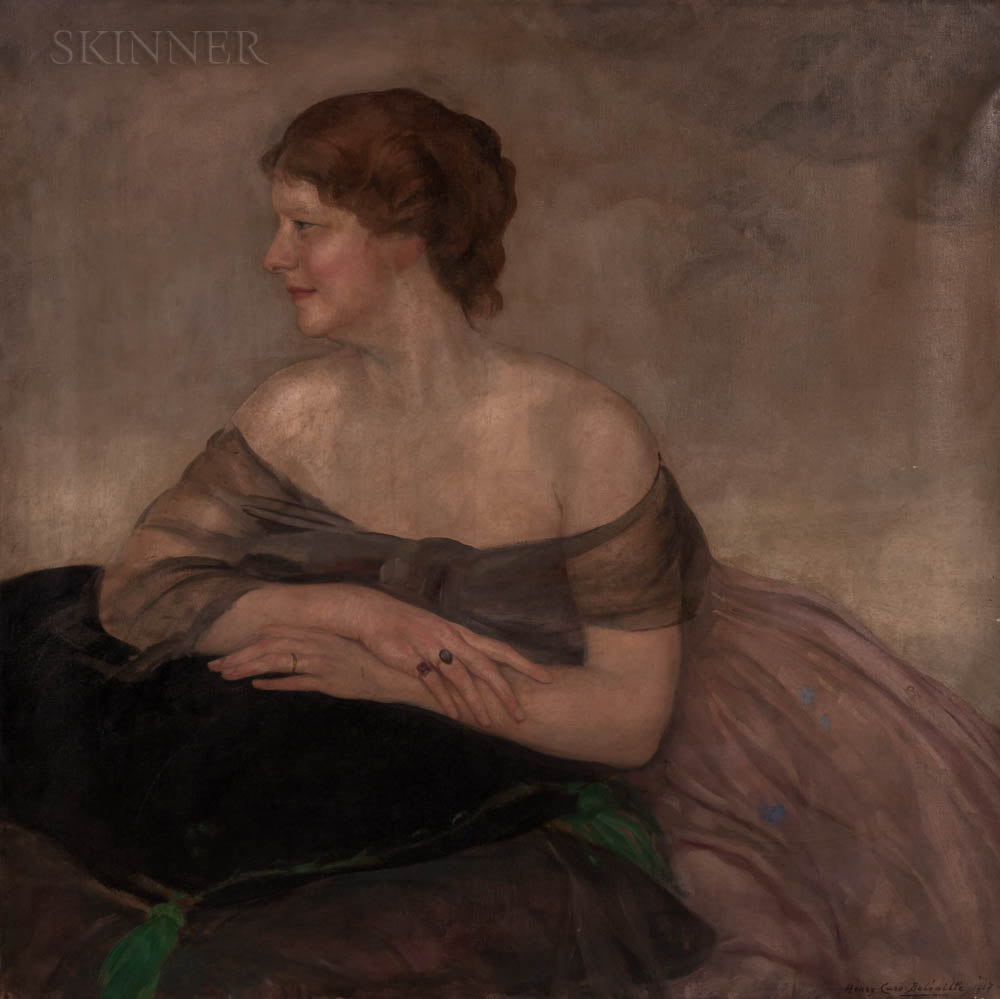 Theodore and Margaret Spicer-Simson. Both signed and dated "Henry Caro Delvaille 1917" l.r., titled on the tacking edge. Oil on canvas, sizes to 39 x 40 1/2 in., unframed. Condition: Varnish discoloration, surface grime, wear to edges, Margaret with minor canvas deformation to u.r. corner, minor paint losses to edges, small quarter-sized patch to the reverse with a few small areas of discolored retouch to front, and small accretion to dress on the sitter's right shoulder, Theodore with a few small scattered abrasions with paint loss, one puncture and one minor area of canvas protrusion to u.l. quadrant, areas of thinly applied pigment.

N.B. Theodore Spicer-Simson was a prominent sculpture and medalist while his wife, Margaret Spicer-Simson (née Schmidt), was a talented miniaturist who exhibited from 1899-1907 at the Paris Salon and in London. Many notable artists, writers, and politicians sat for Theodore, including William Howard Taft, Woodrow Wilson, Franklin Delano Roosevelt, George Bernard Shaw, W.B. Yeats, A.E. Houseman, G.K. Chesterton, and Robert Frost. His works can be found in the collection of the Metropolitan Museum of Art, American Museum of Natural History, and National Geographic Society Building, while his correspondence, etchings, and other materials are in the special collections of the University of Miami, Florida, and Princeton University.
Estimate $600-800 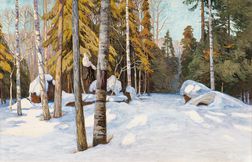 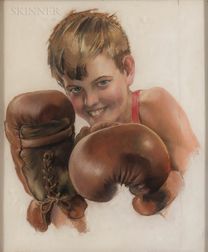 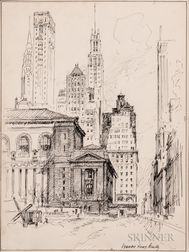 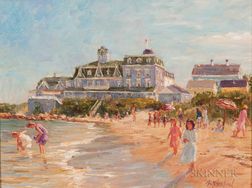 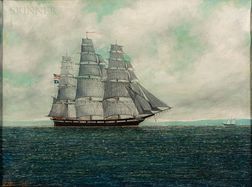 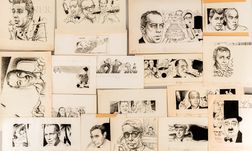 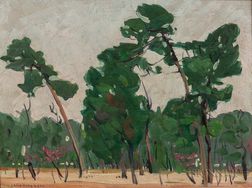 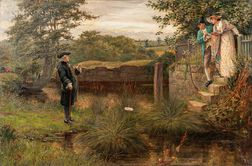