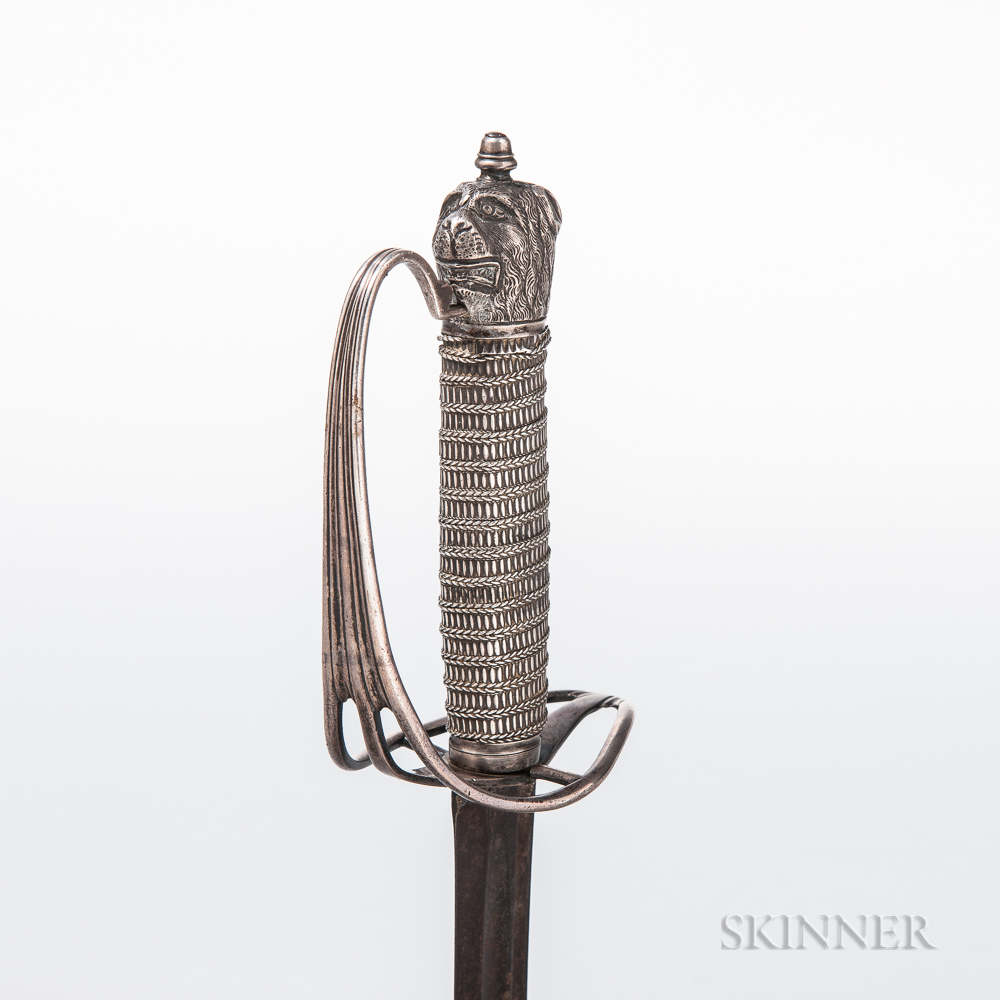 Lieutenant Alexander McDonald's Kinman Silver Hilt Sword, c. 1780, silver hilt with a lion pommel, silver wire-wrapped grip, counter-guard marked on the bottom with proof marks and "WK," blade marked "THO-GILL," with the silver throat engraved on the front "AMcD" and on the frog attachment stud "KoR," and on the back "LOXHAM./Royal/Exchange," and a silver middle band with silver ring, blade lg. 26, overall lg. 31 3/4 in.

Note: This sword was in the Benjamin Lincoln house from the American Revolution till recently. It was owned by Lieutenant Alexander McDonald who had been a member of the 71st Regiment of Foot, then took a lieutenancy in the Kings Orange Rangers. According to researcher Todd Braisted, McDonald was a quarrelsome soldier. He was court martialed three times and found guilty twice. In 1782 he resigned his commission in the British army at New York City and defected to the United States. He then tried to join the American army and visited with Secretary at War Benjamin Lincoln to assist in his entry into the American army. George Washington didn't trust McDonald and he was not accepted into the army and his sword went home with Lincoln.
Estimate $2,000-3,000

The counter-guard and knuckle bow are loose on the hilt, but it has never been apart. In overall good condition with the throat and middle band for the scabbard. 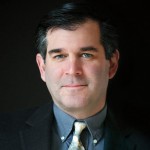