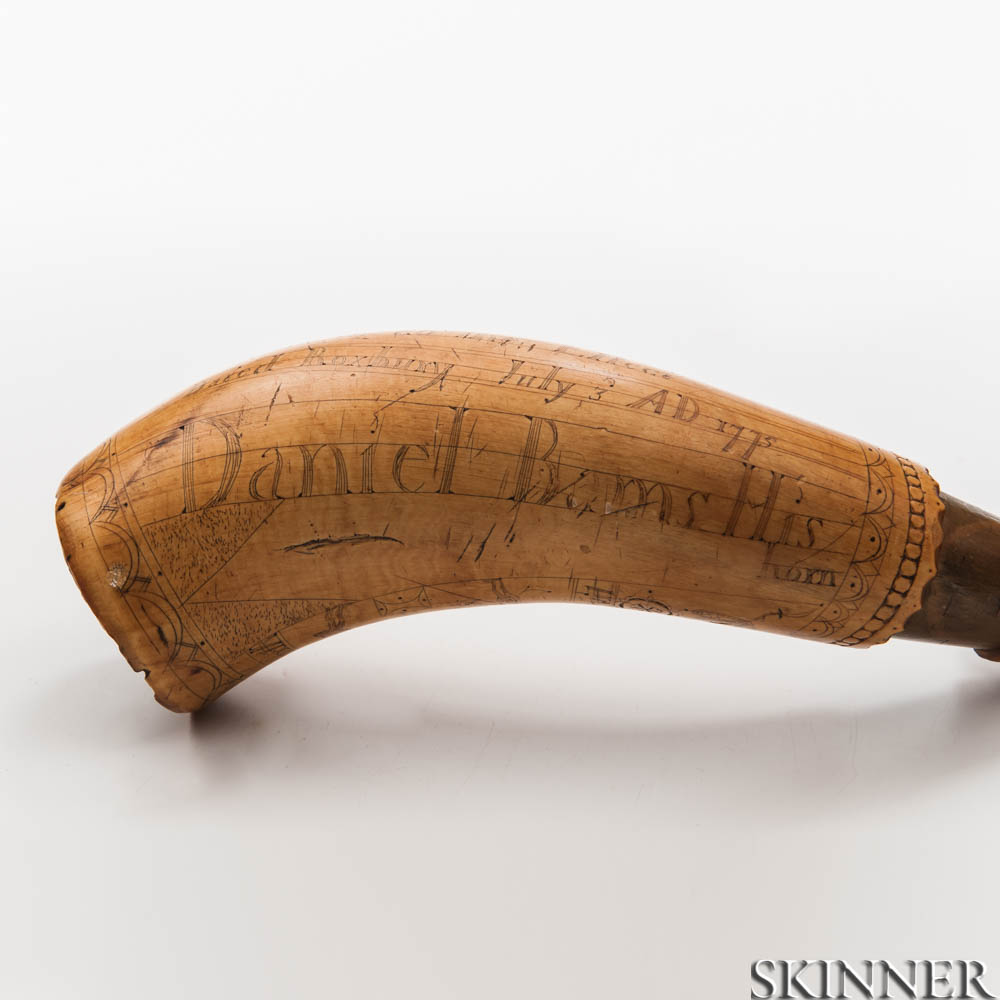 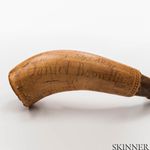 Note: According to Bill Guthman in Drums A' Beating, Trumpets Sounding, there are three other known Siege of Boston horns attributed to the same maker, who he called the "Simsbury" carver. The most likely Daniel Barns to have carried this horn was from Brookfield, Massachusetts. He was a corporal in Captain Jonathan Barns's company, Colonel Jonathan Warner's regiment that marched April 19, 1775, after they received word that the British regulars had marched to Concord to destroy military supplies. According to the town history, Barns joined Captain Peter Harwood's company, Colonel Ebenezer Learned's regiment and went into camp at Roxbury on May 19, 1775. He later served in the 6th Massachusetts Regiment of the Continental Army in 1777 and 1778.
Estimate $6,000-8,000

Horn has a few nicks and scratches from use and the plug is missing but it is in overall very good condition and shows powder staining on the interior of the horn from use. 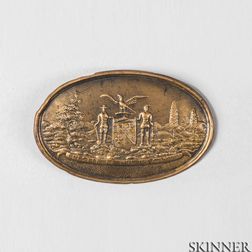 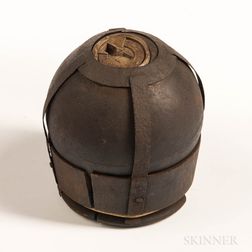 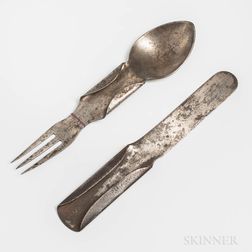 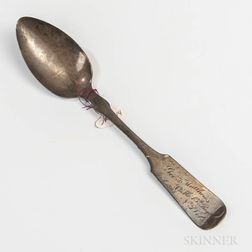 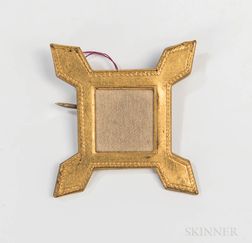 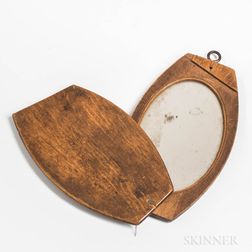 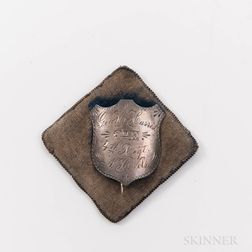 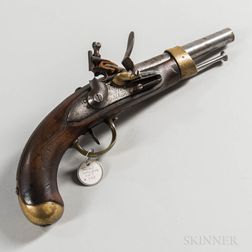