Nicolaus de Ausmo (d. 1453) Supplementum Summae Pisanellae, Manuscript on Parchment. Italy, mid-15th century. Small quarto format manuscript, 360 leaves, in quires of ten leaves, with horizontal catchwords at the end of each gathering; written in brown ink in a neat cursive hand, ruled in dry point, text in double columns of 47 lines, justified, one gold initial on the first leaf with vining knotwork designs in red, green, and blue (somewhat rubbed),twenty-three four- and six-line Lombard initials in red and blue; paragraph marks in red or blue, neat scribal marginal corrections; lacking at least one quire of tables at the end, approximately twelve lines in one column of the index faded on the last leaf, some slight worming, other minor defects; bound in contemporary reversed tawed leather over wooden boards, rebacked and restored, inner back board wormed, remnants of red fabric ties tacked with four brass star-shaped tacks onto back board, housed in custom made chemise and slipcase, very good, 7 1/4 x 5 in.

Nicolaus de Ausmo's work was completed in Milan on 28 November 1444 as a supplement to an older guide to confessors, the Summa de Casibus Conscientiae, written by Bartholomew of San Concordio (1260-1347) about a century earlier, in an effort to keep up with changes to canon law. The first printed edition appeared in 1473, and was subsequently printed in twenty-four other editions during the incunabula period. During the gap between the text's completion and its first appearance in print, this popular manual would only have been available to confessors in manuscript form. Even so, fewer than ten other manuscript copies of the text from this period are recorded in libraries worldwide.
Estimate $10,000-15,000 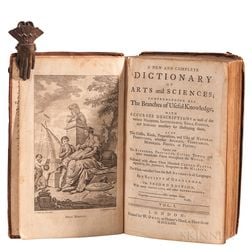 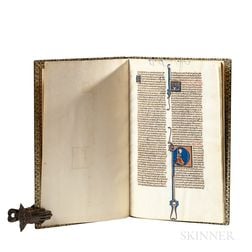 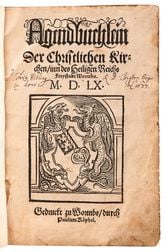 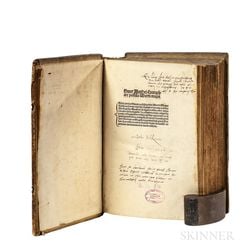 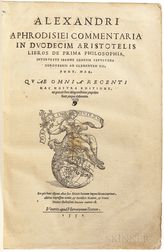 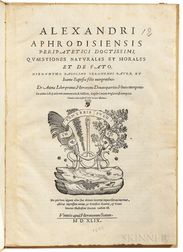 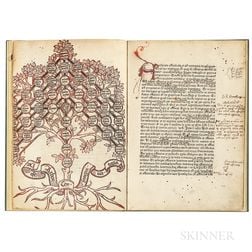 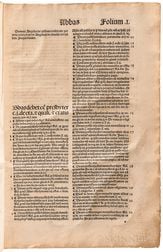