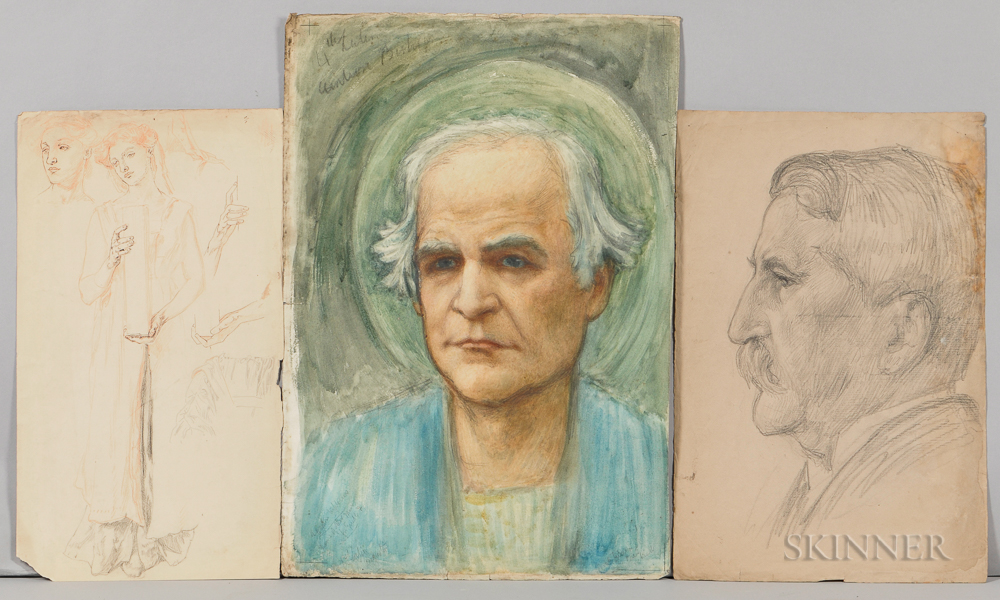 Eleven Portrait Studies and Sketches for the Choir Mosaic of St. Paul's Within-the-Walls, Rome, including Junius S. Morgan as St. Ambrose, Henry White for St. Denis on Horseback, and Georgiana Burne-Jones as St. Barbara. Some signed and dated, almost all annotated in some way. Various media, including watercolor, pen and ink, crayon, and charcoal, sheet sizes to 22 3/8 x 15 3/8 in., unmatted, unframed. Condition: Toning, staining, soiling, wear to edges, some with significant paper losses.

N.B. The series of portraits and sketches gathered here were done c. 1906 by Thomas Matthew Rooke as preparation for the choir mosaic to decorate St. Paul's Within-the-Walls, the American Church in Rome. The studies were buried by the artist under the floorboards of his studio in Bedford Park, where they were discovered in 1972 by Thomas Hancock, the current occupant. T.M. Rooke had been working on the St. Paul's mosaic decorations as a studio assistant to Edward Burne-Jones (British, 1833-1898), who received the commission to decorate the church in 1881. There were three Burne-Jones mosaics completed before the artist's death in 1898. The fourth mosaic was completed by Rooke based on Burne-Jones's design in 1906-07.

The incorporation of individual contemporary portraits in the choir mosaic was likely the idea of Dr. Robert J. Nevin, rector of the church, who had conceived the highly ambitious plan to decorate the church. Nevin wished to include likenesses of various socially prominent people of the time as saints in paradise. When Rooke went to Rome in 1906 to make preliminary cartoons for the choir mosaic, he also drew portraits of prominent Americans, many of whom were potential donors to the project. This included a posthumous portrait of Junius S. Morgan, a banker, and Henry White, U.S. Ambassador to Italy 1905-07. When Nevin died in Mexico in 1906, apparently while prospecting for gold to complete the ceiling of the church, his more moderate successor, Dr. Walter Lowrie, discouraged or curtailed the use of patrons' portraits in the mosaic. Rooke consequently blurred or generalized the faces in the finished mosaic, and the portrait sketches disappeared into obscurity, some apparently lodged beneath the floorboards of the artist's London studio.

Much of the information presented here is gleaned from the dissertation of Richard Gerard Dorment, Burne-Jones and the Decoration of St. Paul's American Church, Rome, Columbia University, 1976.
Estimate $600-800 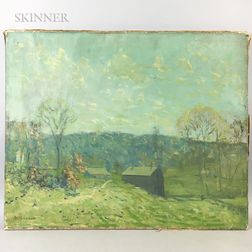 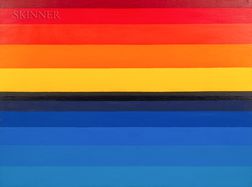 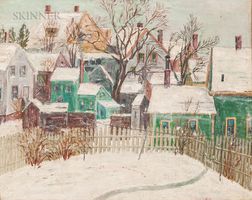 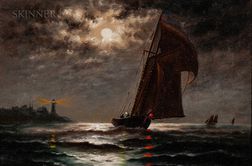 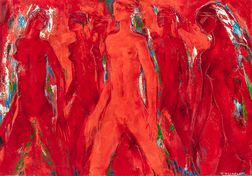 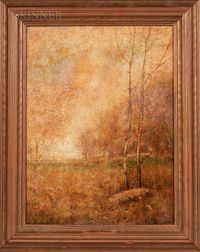