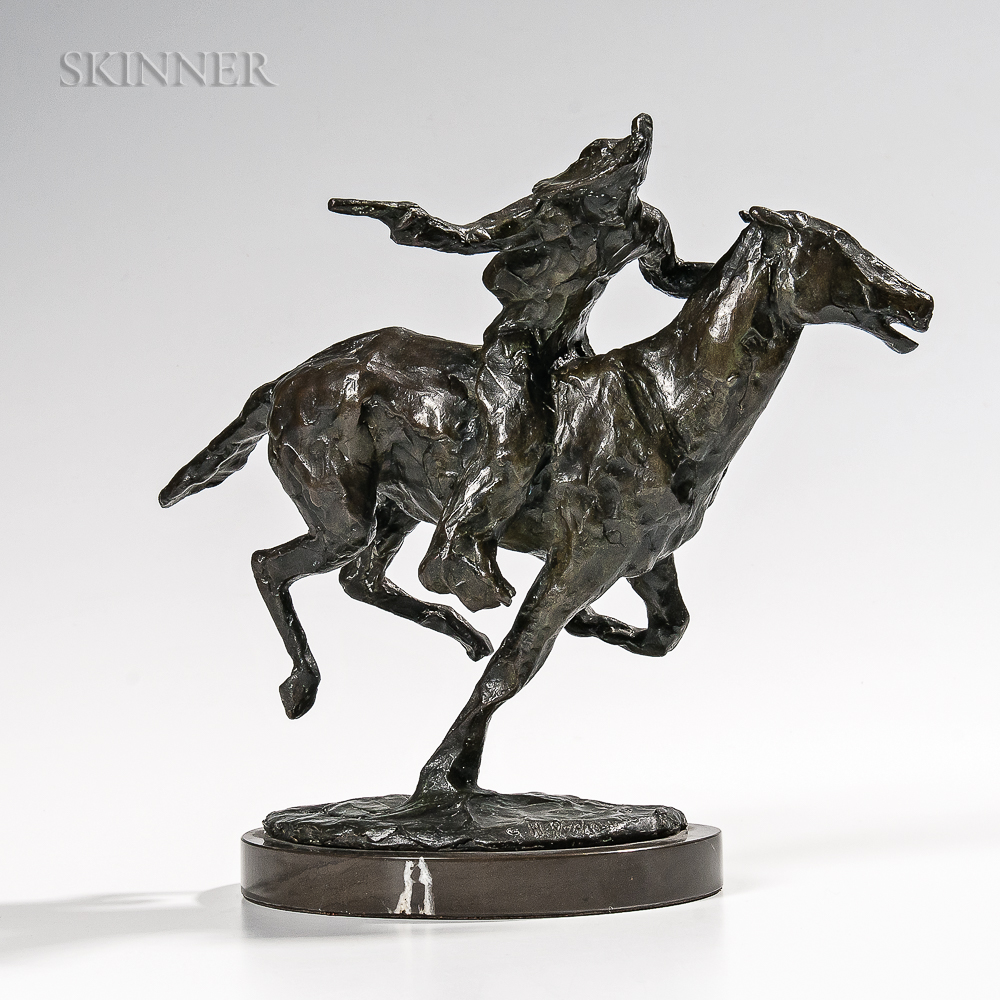 Pony Express (First Study)
Signed, dated, and titled "© H. Jackson 63" and "PF 37" with faint thumbprint on opposite sides of the bronze base.
Bronze with green/brown patina, height 10 1/4 in. (25.8 cm) on a contoured marble plinth.
Condition: Dust and dirt to interstices.

N.B. The first study for Pony Express was created by Harry Jackson "...in a few hours of white-hot inspiration one night in 1963..." He describes it as "...absolutely spontaneous and unquestioning and flows directly from an inner consciousness, right out of my medicine bundle." (1)

The lot is accompanied by a Certificate of Origin, signed by Harry Jackson, and dated January 4, 2005. 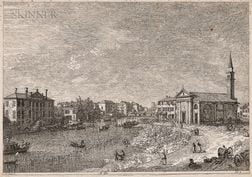 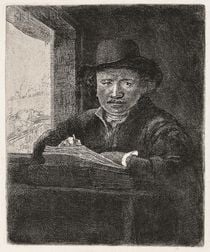