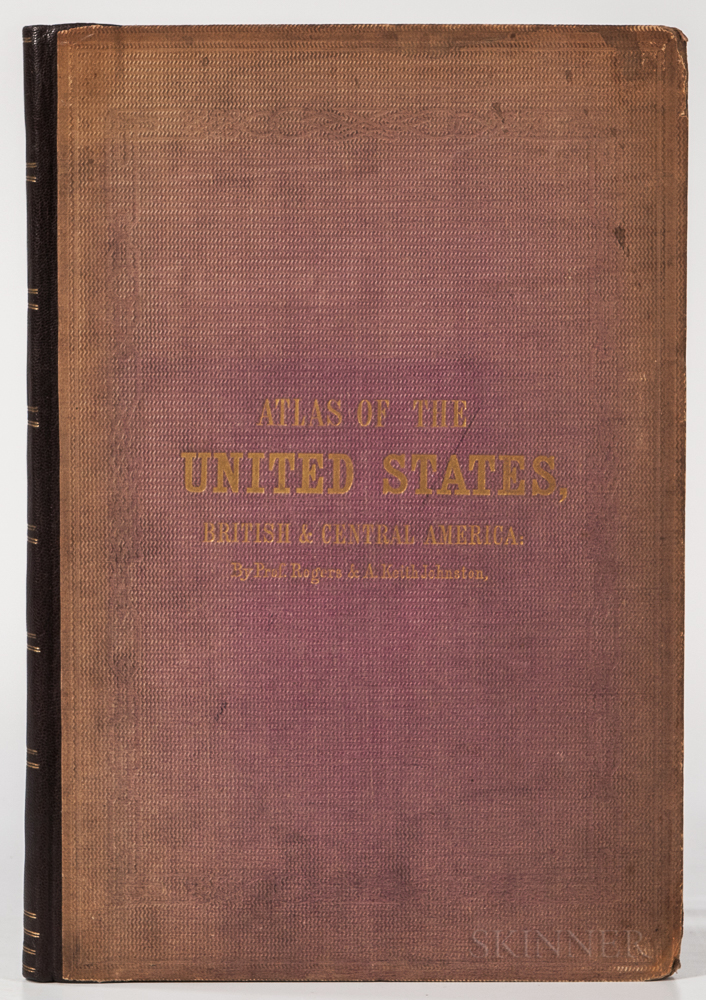 This striking Atlas depicts the continental U.S., showing free and slave-holding states, two maps of Canada, each of the states by region, including Michigan, Wisconsin, Iowa, the New England states, Atlantic coastal states, southern, Midwest, and far west, including Texas, California, along with the Territories of Minnesota, Nebraska, Washington, Oregon, Kansas, Utah, New Mexico, and Indian Territory. Mexico is also depicted on three maps, as well as Central America, Cuba, and Jamaica.
Estimate $2,500-3,500