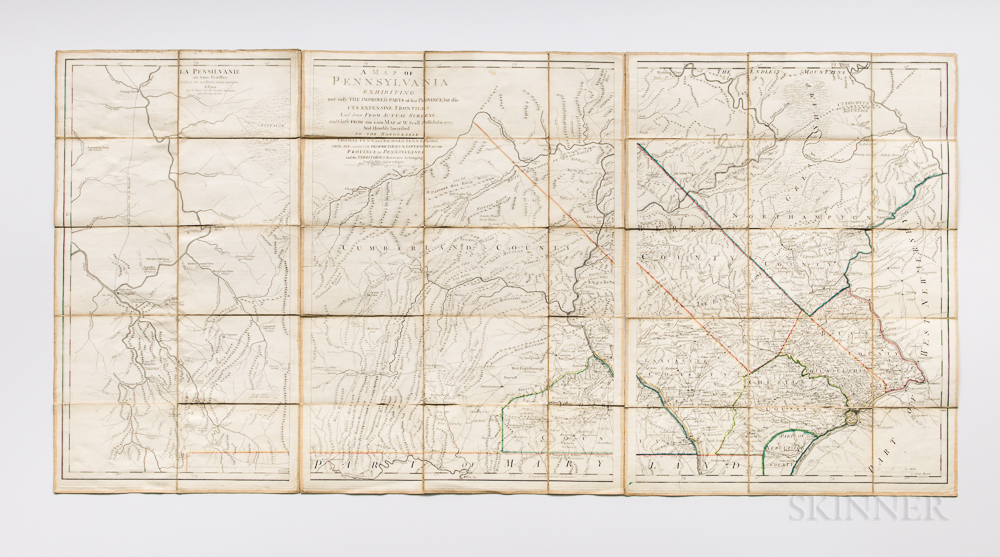 French edition of William Scull, Robert Sayer, and John Bennett's map, originally printed and engraved by Henry Dawkins and James Nevil and first printed in Philadelphia in 1770. It was published in French to aid French and American troops during the Revolutionary War. The added title and distance scale are in French, place names are still printed in English. Pennsylvania's wild western frontier reaching out to Fort Duquesne [aka Fort Pitt, the later Pittsburgh] on the Ohio River is depicted, along with the long-settled and densely populated eastern section of the Commonwealth. Topographical features, including hills, mountains, lakes, swamps, streams, and rivers are carefully wrought, along with county lines, roads, forts, creeks, mills, mines, churches, and more.
Estimate $1,500-2,500