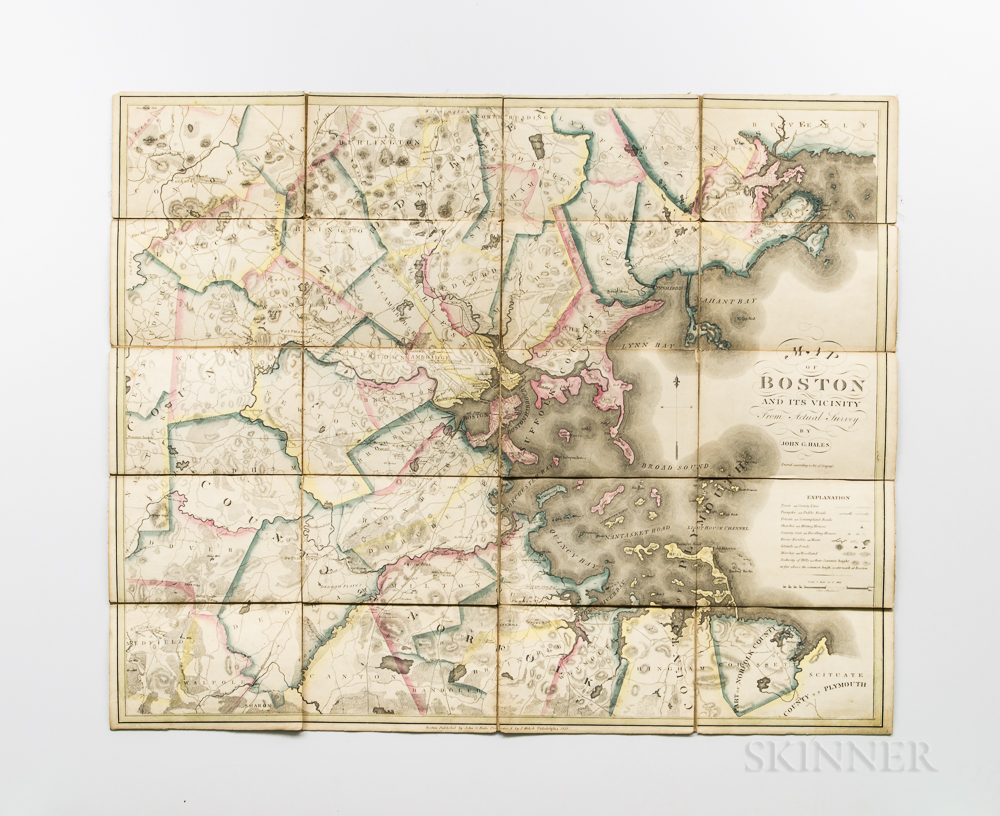 Hales's map covers Boston and Boston Harbor, including the Harbor Islands, and surrounding communities as far north as Beverly and Danvers, west to Concord, Weston, Dover, and Medfield, and south to Canton, Randolph, Braintree, Cohasset, and Scituate. Originally born in England, Hales emigrated to Portsmouth, New Hampshire, and began creating accurate maps based on triangulation in the early 19th century. His scale for this Boston map is one inch to one mile. The map is rich in detail. In addition to labeling topographical features, hills, ponds, rivers, and other natural features, Hales also maps roads, marks the locations of buildings, names prominent landowners and other landmarks, including, public houses, forts, Harvard University, Milton Academy, the Watertown Arsenal, and the homes of politicians.
Estimate $800-1,200