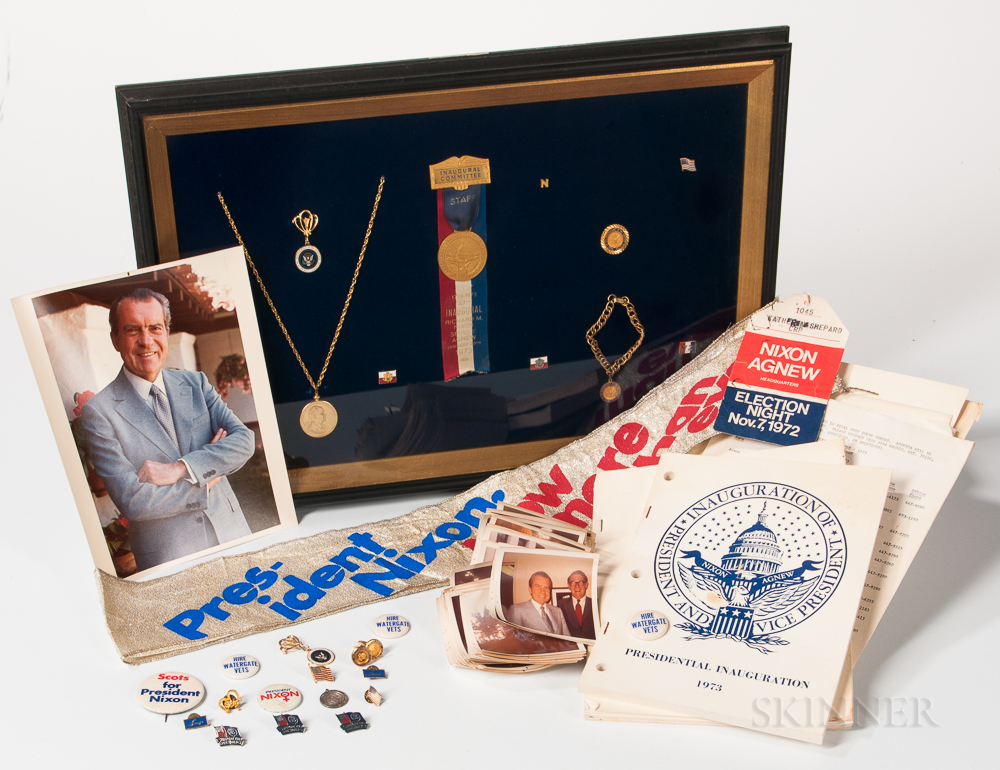 Nixon, Richard M. (1913-1994) A Collection of Memorabilia, 1972-1973. Including: official color 8 x 10 in. White House portrait of Nixon as President; portrait of the President and First Lady; a collection of invitations to Nixon's 1973 Inauguration; a mimeographed copy of the staff directory for the Inaugural committee; two scripts of the Inauguration; a collection of pro-Nixon buttons (including several "Hire Watergate Vets" buttons and "Support the Presidency" pints; an unused pad of paper with "Committee for the Re-election of the President" printed on each sheet; a screen-printed metallic silver sash with the slogan, "President Nixon. Now more than ever." in red and blue; a shadow box frame containing eight pins, a bracelet, ribbon with medallion, and necklace with medallion from the 47th Republican Inaugural from 1973; [and] approximately 100 snapshots taken by Shepherd of the 1972 Republican Convention, held in August at Miami Beach, including photos of ladies wearing the pro-Nixon sash described above, and other candid photos of Nixon, Agnew, Jimmy Stewart, John Wayne, peace protestors, inaugural workers, the floor and venue, and an elephant mascot, among others; [together with] a collection of other Nixon and Republican pins and cuff links.
Estimate $500-700